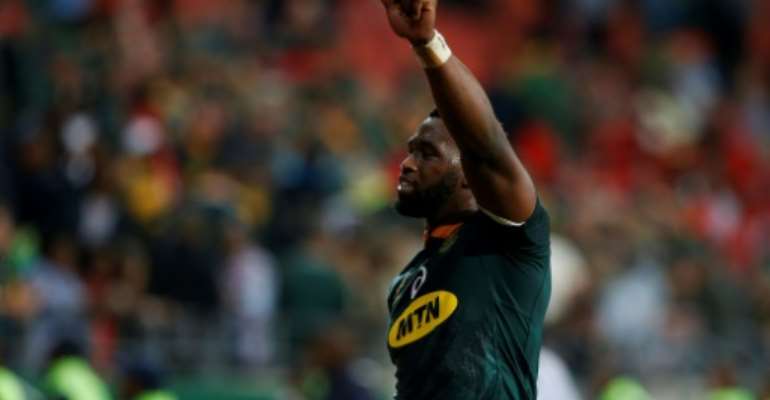 If the 28-year-old backrow forward, the first black player to captain South Africa at a World Cup, were to lift the Webb Ellis Cup on November 2, it would become one of the most iconic images in World Cup history.

It could even rival the picture of the white Springbok captain Francois Pienaar receiving the trophy in 1995 from South Africa's first black president Nelson Mandela in a country where rugby was considered a pillar of apartheid.

"Siya has done really well, he is a fabulous player and it would be fantastic for him to win the World Cup," said Solomons, who was assistant to Springbok coach Nick Mallett during the 1999 World Cup.

"It would be a great thing for the country to win and a hugely symbolic moment if he lifted the trophy.

"It would have positive connotations all round for the country and the people."

Solomons, who is director of rugby at English Premiership side Worcester Warriors, believes the final will be between the Boks and the two-time defending champions New Zealand but says this is the most open World Cup of all time.

"It is massively competitive," said the 69-year-old, who helped Mallett's Bok side win the 1998 Tri-Nations title and beat the All Blacks in the third-place play-off in 1999.

"In 1999 our pool games were a joke, we knew our first serious game would be England in the quarter-finals."

The Boks won that game in Paris 44-21 thanks to an astonishing five drop goals from Jannie de Beer.

"I still fancy it will be a South Africa v New Zealand final and as to who wins that, well one-off matches between quality sides are decided by key moments."

The southern Hemisphere powerhouses will be able to test each other out early on as they play each other on Saturday in their opening match in Pool B.

Solomons, who has also coached Ulster and Edinburgh, bases his confidence in the Springboks on the brilliance of their coach Rassie Erasmus. 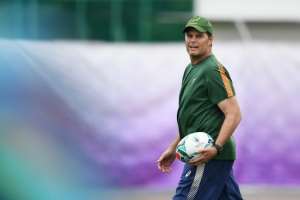 Rassie Erasmus has 'transformed' the Boks since taking charge in February. By CHARLY TRIBALLEAU (AFP)

Erasmus, who was a flanker in that Mallett-Solomons set-up in the late 90s, has transformed the team since he returned initially as director of rugby in 2017. He took on the coaching mantle in February last year following the sacking of the hapless Allister Coetzee.

The Boks enter the World Cup -- which they have won twice -- on the back of winning the southern hemisphere's Rugby Championship for the first time in 10 years.

"They are an incredible generation of players," Solomons said at the launch of the forthcoming English Premiership season.

"That is a powerful team, Rassie has done an amazing job and his selection has been good which is key at any level.

"He has prepared them in the right way.

"There is a strong South African flavour to the team, powerful up front and very physical defence.

"They are a really, really good side." 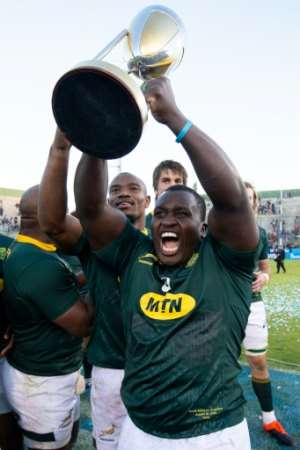 Worcester's former Springbok scrum-half Francois Hougaard concurs with Solomons, saying the players look happy which was not the case during Coetzee's tenure.

"Success comes when a group of players decide to buy into something and move in the same direction," said 31-year-old Hougaard, who was capped 46 times.

"The culture that has been created is something that is working.

"It is a very positive, happy and friendly working environment.

"They are enjoying themselves, you can see it on the field, they play with passion.

"I am happy for them, the team is peaking at the right time just before the World Cup.

"You do not want to be playing well two years ago and slacking off now."