KP Boateng Delighted With His Debut Goal For Fiorentina 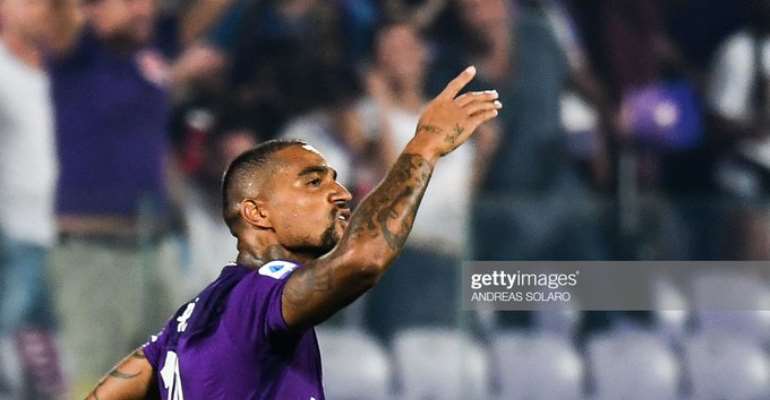 Kevin-Prince Boateng has expressed his satisfaction after scoring on his debut for Fiorentina debut losing 4:3 at home in the opening day of the Italian Serie A.

The former AC Milan man came off the bench and drew his side level but that wasn’t enough to help them avoid defeat at the Stadio Artemio Franchi.

Eric Pulgar’s early goal from the penalty spot for Fiorentina was cancelled by a Dries Mertens strike in the 38th minute.

Lorenzo Insigne put Napoli in front before the break but Nikola Milenkovi would equalize 6minutes from recess.

José Callejón did not give any breathing space to the host as he got the third for Napoli.

Boateng responded 10minutes later with a cracking goal to level matters, 6minutes after coming on to replace Duan Vlahovi before Lorenzo Insigne scored the match-winner and his second on the day as last season’s runners up grabbed all points.