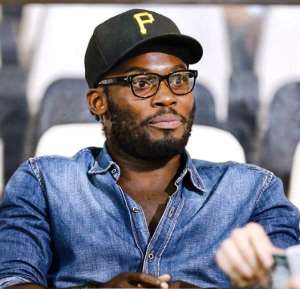 Chelsea legend, Michael Essien says it will be an honour to play in the South Africa Premier Soccer League before hanging his boots.

The 39-year-old who is currently on the books of Azerbaijani Sabail FK has left his option opened.

“South Africa is not bad, I would like to come here. You can never say never, I am keeping my options open,” Essien told the South African media at a Budweiser event.

"I love South Africa, People are very with me. I always feel at home. It's such a beautiful country and I love coming here."

Although he may be close to retirement, the hard-tackling midfielder has confirmed he is keeping his options open.

“I love football, I love football...I have played it my whole life. So, I am not thinking about retirement at all (for now),” he added.

Essien has enjoyed a fabulous career which has seen him feature for eight top clubs in Europe including Chelsea, Real Madrid and AC Milan.

JHS Not Increased To Four Years Or Reduced SHS Duration – Na...
51 minutes ago

We've Been Begging To Survive Over Closure Of Our Shops – N...
51 minutes ago