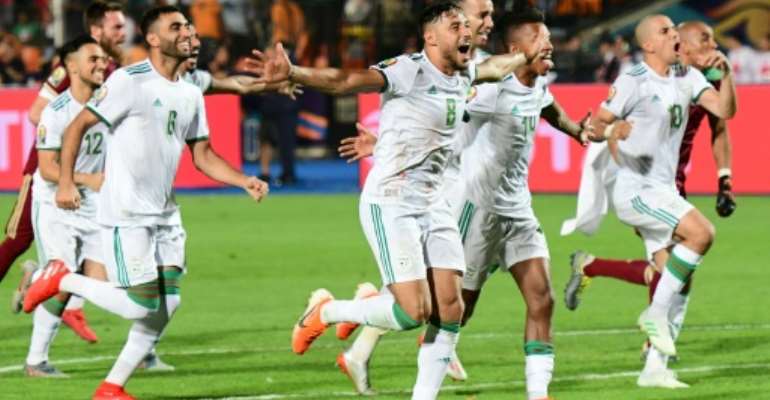 Algeria players celebrate their victory over Senegal in the Africa Cup of Nations final. By Giuseppe CACACE (AFP)

Algeria ended a 29-year wait for a second Africa Cup of Nations title on Friday night with a 1-0 victory over Senegal, who again missed out in their quest for a maiden continental crown.

AFP Sport takes a look at the standout performers over the past month in Egypt and those who fell short of expectations: 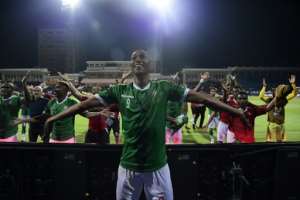 Led by charismatic coach Nicolas Dupuis, Madagascar emerged as the surprise team of the tournament with a fairytale run to the quarter-finals. A squad largely comprised of players from the French lower leagues, the 'Barea' stunned African giants Nigeria in the group stage and extended their remarkable adventure with a memorable penalty shootout victory over DR Congo in the last 16. After four games without defeat, the exhausted debutants found a Tunisia side ranked 83 places above them a "step too high" to surmount.

The straight-talking Belmadi inherited a talented but troubled Algeria squad and rebuilt it into a championship-calibre team. Having taken over a side that failed to advance from the 2017 group stage and endured a woeful World Cup qualifying bid, the 43-year-old succeeded where a series of predecessors could not by turning a drifting side into the sleekest unit in Egypt. Former Cup of Nations-winning coach Claude Le Roy labelled Algeria "Guardiolaesque" in terms of organisation, and the Desert Foxes proved worthy champions, twice defeating the top-ranked nation in Africa to capture the title. 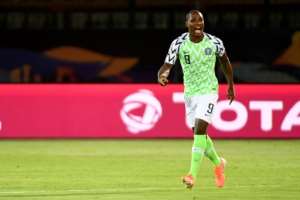 Sharp criticism and death threats almost caused Ighalo to quit Nigeria duty after last year's World Cup. Following encouragement from coach Gernot Rohr the China-based forward reaffirmed his commitment to the national team and finished top scorer in Egypt with five goals as a young Super Eagles side clinched third place. The 30-year-old was at his best in the win over holders Cameroon in the last 16, when he scored twice and set up the winner for Alex Iwobi. He announced his international retirement on Saturday after netting the only goal in the play-off against Tunisia.

The former Arsenal youngster was named player of the tournament after emerging as a core component of Algeria's midfield. The all-action 21-year-old combined defensive duties with vital contributions in attack and provided three assists, which included setting up Baghdad Bounedjah's winner in the final. He will join AC Milan from Empoli ahead of the new season and Belmadi singled him out as one to watch for the future.

The in-demand Ivorian forward arrived in Egypt as one of the players to watch after a magnificent season with Lille, his 22 goals in Ligue 1 second only to Kylian Mbappe. He showed glimpses of his ability in the opening 1-0 win over South Africa, but the 24-year-old failed to shine and was left on the bench as his side lost on penalties to Algeria in the quarter-finals.

Handed the tricky task of leading Cameroon's Africa Cup of Nations title defence, Seedorf's coaching credentials took another hit as the holders were bundled out in the last 16. He paid the price for what the Cameroon FA described as a "premature" exit as he was sacked scarcely a week later along with assistant Patrick Kluivert, adding to failures at AC Milan, Deportivo La Coruna and Shenzhen. 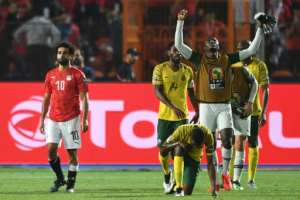 As winners of three of four previous editions in Egypt, the hosts were expected to be chief contenders for a record-extending eighth title. But after sailing through a favourable group, Mohamed Salah and the Pharaohs suffered a shock 1-0 loss to South Africa in the first knockout round. The fiasco cost coach Javier Aguirre his job and prompted Egyptian FA president Hani Abou Rida to resign. A sexual harassment scandal involving midfielder Amr Warda also reignited a heated debate about women's rights in the country. 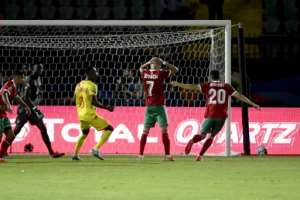 The Ajax winger starred as the Dutch giants secured a domestic double and came within seconds of reaching the Champions League final, but after a long season with his club Ziyech struggled to inspire Morocco. Left out of the 2017 squad, he was hoping to propel the Atlas Lions towards a shot at the title but his missed stoppage-time penalty against Benin hurt Herve Renard's team dearly as they eventually succumbed to the Squirrels in a shootout in the last 16.