Amr Fahmy: The Man Who Engineered The Arrest Of Ahmad Ahmad 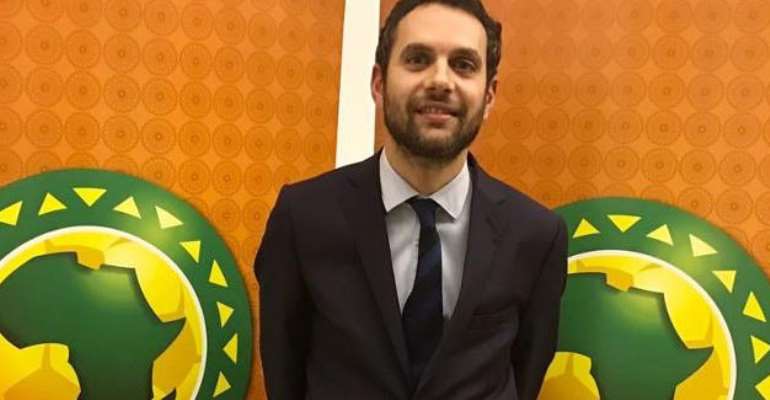 Keep your friends close but keep your enemies closer, Amr Fahmy, the man who engineered the arrest of CAF President Ahmad Ahmad was once a close ally of Ahmad. In 2017, Fahmy was recommended by Ahmad to the CAF Executive Committee for the vacant General Secretary position following the resignation of Hicham El Amrani in March 2017.

Only a 7-year void was apparent between the Fahmy family and the General Secretary of CAF since 1961.

Holding a FIFA Master’s in Management, Law and Humanities of Sport and vast experience working with CAF from 2007 to 2015 in the CAF Competitions Division and as the technical director for the Africa Cup of nations, the decision seemed immune.

The fluid and pleasant relationship between Ahmad and his General Secretary Amr Fahmy, however, morphed to a sour and bitter one with time.

On March 31, Amr Fahmy sent some documents to FIFA Investigation’s committee making some damning revelations regarding CAF President Ahmad Ahmad. The document accused him of ordering the general-secretary to make illegal payments of $20,000 to the accounts of some African Football Association President’s account. The associations included Cape Verde and Tanzania.

Notable in the accusations included dealings between French company Tactical Steel and CAF President costing the association $830,000. The deal between CAF and Tactical Steel was reported to have been sealed due to the friendship between the husband of the President of the company and a close acquaintance to Ahmad Ahmad. This was however denied by Tactical Steel President Sabine Seillier. She said her company won the contract because they were the only company who could guarantee the delivery of the sought out items in three weeks.

Amr further accused CAF president of harassing four female CAF Staff, increasing Moroccan representatives in the Association and also flaunting over $400,000 of the association’s money on cars and also a satellite office.

On 11 Aril 2019, Amr Fahmy was fired from his position as General Secretary of the Association with CAF citing misconduct as reason for dismissal. Other portals, however, reported Fahmy was personally fired by Ahmad Ahmad due to the feud between them.

Jeune Afrique today, 6 June 2019 reported the arrest of CAF president in France citing the deal signed with Tactical Steels as the reason for the arrest, information which was leaked by Amr Fahmy months ago.

Ahmad has not yet being found culpable of the acts accused and only in for questioning but as the case builds up, it’s an undeniable fact Amr Fahmy has played a huge role in this twist and might serve as the saviour for the factions who would want to see the end of Ahmad’s reign after his administration being accused of corrupt acts.

We'll not accept the 4% salary increment — Coalition agains...
24 minutes ago