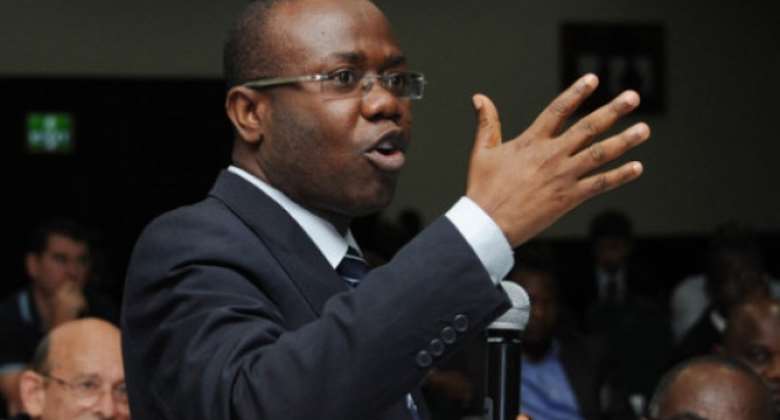 The Court of Arbitration for Sport, CAS, is yet to set a date for the hearing of a lifetime ban appeal by former Ghana Football Association, GFA, President Kwesi Nyantakyi tabled before them in October 2018, contrary to a media report that the attempt has failed.

An email from CAS to journalist Muftawu Nabila Abdulai following his decision to follow up for an update regarding the matter revealed that “no hearing date has been set yet” for the appeal.

The Former FIFA Council member and CAF 1st Vice President, Kwesi Nyantakyi, was banned for life by the FIFA Independent Ethics Committee which found him guilty of breaching “art. 19 (Conflicts of interest), art. 21 (Bribery and corruption) and art. 22 (Commission) of the FIFA Code of Ethics, 2012 edition” following the premiere of an exposé into bribery and corruption by Anas Aremeyaw Anas and his Tiger Eye PI team.

Mr. Nyantakyi was also fined CHF 500,000 and he reacted swiftly by appealing the decision at the highest adjudicating body of sport for legal issues, CAS.

April 30, 2019, will be exactly five months since Nyantakyi appealed the decision sources close to him described as “an overkill”, however, on April 11, 2019, Host of Good Evening Ghana, Paul Adom-Otchere revealed that Mr. Nyantakyi whose image has been maimed, “failed” his appeal attempt at CAS.

After a brief history of the revolution of the Ghana FA over the years, the renowned top broadcaster said:

“After 2017, there were calls for Kwesi Nyantakyi not contest elections and it appeared that bad blood had occurred at the top of the GFA between Kwesi Nyantakyi, Mr Randy Abbey, who for many years was one of the pillars of Kwesi himself, Randy was the Communications Director of the Football Association in the very successful period of the Black Stars participating and doing well at the World Cup.

He continued “There was George Afriyie who was also one of the members of the Emergency Committee, Fred Pappoe for many years was the deputy to Kwesi and also the Black Stars Management Committee Chairman.

“So all hell broke loose when news came out that George Afriyie had also apparently fallen out with Kwesi Nyantakyi because he has decided to contest the Presidency against Kwesi himself. In the midst of all that, Number 12 was released. Number 12 was released and it indicated that there was corruption at the GFA Secretariat, Mr Nyantakyi was shown in the video allegedly collecting money from some Alhaji in Dubai et cetera.”

Mr Adom-Otchere insinuated the use of the word “allegedly” is a disclaimer because the former WAFU Zone B President is fighting the ruling in court before adding that he thinks “the appeal failed.”

“We are putting disclaimers in our commentary because we know that Mr Nyantakyi is in court et cetera. But well, FIFA actually did proceed to ban him and he has appealed against that as well; I think the appeal failed and so that matter is still hanging,” he concluded.

CAS on Friday, April 12, 2019, and on Monday evening at about 18:57 GMT, CAS replied the journalist, saying proceedings are ongoing before adding, “however, no hearing date has been set yet”. Screenshot of email from CAS added to this story aired on Kwesé TV on Tuesday Morning in the youtube link above.

Sources close to Nyantakyi also revealed that he is yet to get a response for his appeal at CAS, and that, claims that the appeal attempt “failed are palpable falsehood” conjectured.

BACKGROUND:
On June 6, Anas Aremeyaw Anas and Tiger Eye PI premiered a documentary on bribery and corruption dubbed “Number 12” at the Accra International Conference Centre. Some parts of that documentary dubbed “Betraying the Game” was broadcasted by the BBC on June 7. In both documentaries, Kwesi Nyantakyi was seen in the video allegedly accepting $65,000 cash, a figure he disputes, preaching to the supposed potential investors how they could secure business deals in Ghana and ‘take over the whole country.’

On June 8, Kwesi Nyantakyi resigned as President of the Ghana FA, but before he announced his resignation, the Independent Ethics of FIFA suspended him for 90 days. The government of Ghana employed the Criminal Investigations Department (CID) of the Ghana Police Service to take over the offices of the GFA, and they described the institution as a “crime scene.”

The Attorney General was asked to take steps to dissolve the Ghana FA, and in their argument in court on why the GFA should be dissolved, Madam Gloria Akuffo described the GFA as “an obscene emblem of scandal, corruption and illegal enterprise.” Officials of the FA have she said, “used the office for their own aggrandisement.”

“The GFA cannot exist for its purpose” she concluded.

As attempts continued to dissolve the GFA, FIFA extended Nyantakyi’s suspension by 45 days, and on October 30, announced a lifetime on the longest-serving Ghana FA boss, who led Ghana to three successive World Cups, the last of which ended in an embarrassing manner as players stabbed the nation in cold blood with demands for their appearance fee. A commission of Inquiry led by Justice Dzamefe was set up to investigate the scandal. Kwesi Nyantakyi was asked to refund $200,000 he allegedly couldn’t account for to the State, and he’s currently fighting that decision which was approved by the White Paper.

Under his tutelage, Ghana became the only African country to win the FIFA U20 World Cup which was staged in Egypt in 2009. The Black Stars also made it to the semi-finals of every African Cup of Nations since 2008, losing two finals to Egypt and Cote D’Voire in 2010 and 2015 respectively. His reign did not also lose the opportunity to embarrass football as alleged corruption and match-fixing was rampant in the country and alleged fictitious companies taking a commission for brokering deals for the FA.

His last major deal for Ghana football was on May 17, 2018, when he signed a five-year deal worth $2 million a season with Zylofon Cash, a subsidiary of seized MenzGold business for the Ghana premier league ending its three seasons run without a sponsor.

Tha Ghana FA is now headed by a Normalization Committee which was set up by FIFA to replace the Executive Committee on September 13, 2018. They were initially given six months to run the daily affairs of the FA, review the GFA statutes, especially article 15, and also organize elections for the new leadership of the GFA. Their mandate was extended on March 22, 2019, to September 30.