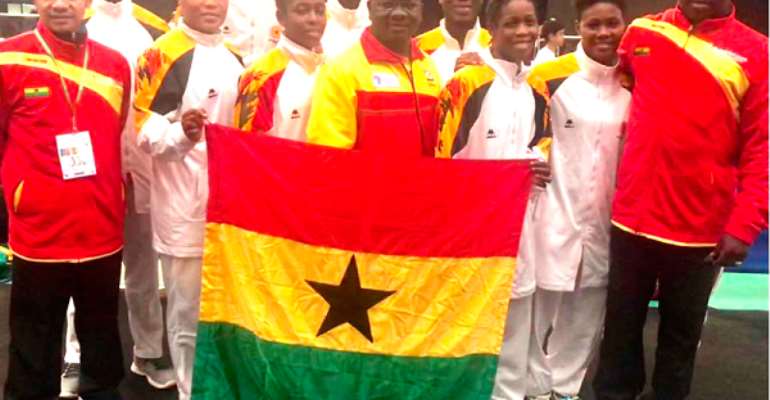 The Badminton Association of Ghana (BAG) will initiate a 10-day residential camping for the national badminton team, Black Shutters, from Monday, April 8, 2019, to Friday, April 19, 2019.

The team will be based at the Theodosia Okoh Hockey Stadium and will be preparing to participate in the 2019 African Games qualifiers to be staged in Port Harcourt, Nigeria.

President of BAG, Evans Yeboah said 11 players have been selected for the camping.

He explained that the players were selected from the recently held National Badminton Mixed Team event played at the DG Hathramani Sports Hall at the Accra Sports Stadium.

“The technical team selected 11 players from the Western, Central and Greater Accra Regions and out these players one will be dropped prior to the team’s departure to Port Harcourt,” he said.

The President who is also the third Vice President of the Ghana Olympic Committee (GOC) mentioned that the Port Harcourt qualifiers will be held from April 19 to April 29, 2019.

He said about 24 countries are expected to compete in the event with the top 16 countries qualifying for the 2019 Rabat African Games to be held in August.

Evans Yeboah expressed that this is a new trend in the badminton game because participation in the African Games were previously given to the top eight countries but since the development and growth of the sport on the continent, the Badminton Confederation of Africa (BCA) has agreed on the African Mixed Team qualifiers to get reps for the African Games.