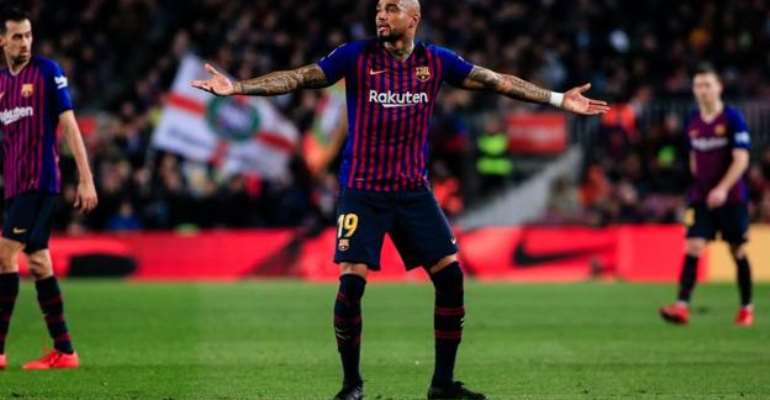 According to reports, FC Barcelona gaffer, Ernesto Valverde is upset with Kevin-Prince Boateng’s attitude towards training since he joined the club.

Javi Miguel, a Spanish journalist who disclosed this to Club de la Mitjanit on Catalunya Radio, the 31-year-old lack of interest in training is disappointing the manager.

The Ghanaian forward joined the La Liga side on a six-month loan deal from Italian side, Sassuolo during the January transfer window and has only made two appearances for the Catalan giants.

Boateng's last appearance in Barcelona shirt was on February 16 and two months on, the player is yet to feature for Coach Valverde's side and this is attributed to the player’s attitude to training.

“Barça’s coaches were recently further disappointed by his attitude when he failed to attend two optional training sessions after the international break.

“Although the sessions were optional, it was basically a test of whether or not Boateng could be bothered to turn up and potentially improve his chances of getting a game.

“He didn’t - and now it’s not beyond the realms of possibility that he’s already played his final match for the club”, the journalist said.

Miguel went further to state that the club would dispose of his services once his six months contract expires. “One thing’s for sure: Barça will not be signing him on a permanent contract this summer”, he assured.

The journalist further twitted that the training was only a trap to see the commitment of the ex-Tottenham player which his failed deepening the disappointment of the club handlers.

"Boateng has disappointed the coaches, also at the extra-sporting level. He does not like to train a lot"

"He did not go to either of the two volunteer training sessions in the week of selections. It was a trap of the technicians and one more point of this disappointment", his tweet said