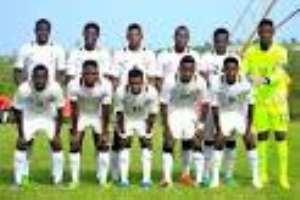 The Ghana U-20 team, the Black Satellites, have been kicked out of the ongoing African Youth Championship in Niger.

The Black Satellites exit the completion with three points after beating Burkina Faso in their first game of the tournament. They lost their second game by two unanswered goals to Senegal before finally being eliminated by Mali.

The game against Mali was a decider as to who picks up the last ticket and join Senegal at the FIFA U-20 World in Poland. Coming into the game, both Ghana and Mali had three points after each took turn to snatch all three points from Burkina Faso in their first and second games respectfully.

Per the rules governing the U-20 AFCON, the two teams who finish top of their respective groups gain automatic qualification into the U-20 FIFA World Cup.

Mali needed all three points to progress to the next stage of the tournament and pick up the ticket for the world cup. Ghana, on the other hand, needed just a draw to be able to finish second above Mali by goal differences.

Black Satellites Head Coach, Jimmy Cobblah made three changes to the team that lost to Senegal with the hopes of reshaping the team for success against Mali.

At the end of 90 minutes, it was the Malians who came out victorious with a lone goal as it was enough to progress them to the next stage and book them a place in the World Cup at Poland. Senegal tops the group with nine points with Mali coming second with six points.

South Africa and Nigeria also progressed out of their group and will join Senegal and Mali to represent Africa in the World Cup.