U-20 AFCON: The Fate Of Black Satellites After Senegal Defeat 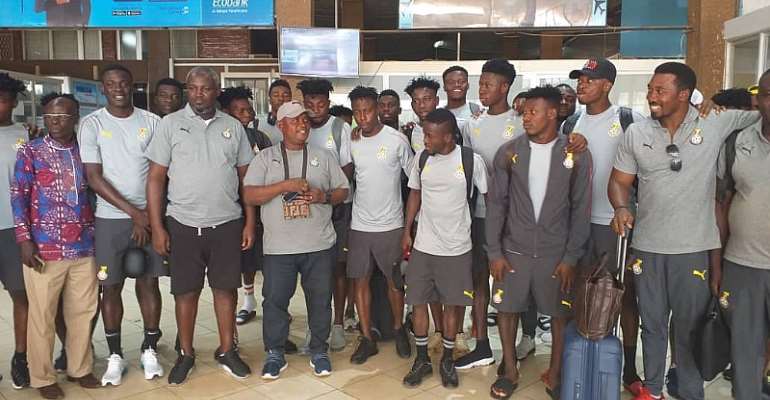 The Ghana U-20 team, Black Satellites, who impressed in their opening game against Burkina Faso, went down by the same goal margin when they faced off with Senegal in their second group game on Wednesday.

The Young Lions of Terenga showed to be the better of the two sides for the game, putting two goals past the Ghanaian keeper, Abdul Manaf Nurudeen, with both goals coming in the first half from striker Youssouph Badji.

Per the rules governing the U-20 world cup, the four teams who will progress out of the group stage will automatically book their place in the U-20 FIFA world cup. At this point, Senegal has gained automatic qualification to the Poland U-20 world cup despite having a game more to go.

Black Satellite gaffer, Jimmy Cobblah, and his men must battle it out with Mali to book the last ticket for the group to be able to represent Africa on the world stage.

The game against Senegal exposed some weaknesses in the Ghanaian team, glueing coach Cobblah to the bench and seeming to be out of ideas. Playing a 4-3-3 formation and making just a single change to the team that beat Burkina Faso, Jimmy Corbblah wanted to add more prowess up front.

The backbone of the Ghanaian team is the midfield. The midfielders link play from the defense and supply Daniel Lomotey upfront, providing him with more goal scoring opportunities. With Senegal outnumbering the Ghanaians in midfield with a two-man advantage, ball supplies to Lomotey were relatively cut short.

The Senegalese defenders also did well to keep Lomotey at bay and not giving him enough breathing space in front of goal. This will prove to be a hard nut to crack for the Black Satellites if their next opponent(s) implement the same technique.

Ghana’s defensive blunders were exposed once again, with the defense conceding in almost all of their friendlies prior to the beginning of the tournament. The defenders exhibited lack of confidence playing, allowing the Senegalese to take advantage of it, floating crosses into the Ghanaian 18-yard box and also trying to break on the counter.

With Mali now amassing the same number of points as Ghana, the Malians will need a victory to progress to the next round and pick up the last ticket to the U-20 FIFA world cup, when the two teams meet in their last group game. Ghana, on the other hand, will need a draw to qualify regardless of the results between Senegal and Burkina Faso.