Where Are They Now: Ghana's U-20 FIFA World Cup Winners 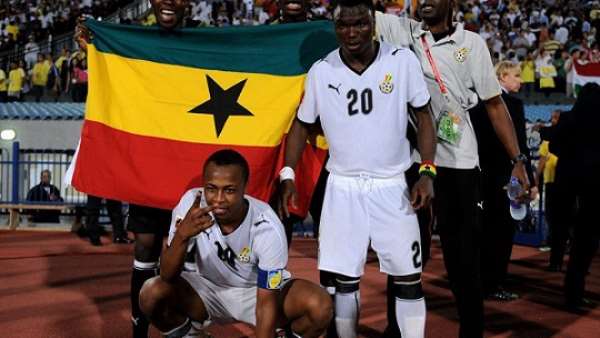 The all-conquering Ghana team which had won the African Championship some months before travelling to Cairo was captained by former Swansea City talisman Andre Ayew and were powered to the finals against Brazil by eight-goal top scorer Dominic Adiyiah.

The 10-man Satellites who lost defender Daniel Addo in the 37th to a red card held on to edge-out the Brazilians who had the likes of Douglas Costa, Giuliano and Ganso in the ranks after the game ended 0-0 after 120 minutes.

Some members of that team including Andre Ayew, Jonathan Mensah and Samuel Inkoom went on to feature for Ghana's senior national team, the Black Stars at the 2010 FIFA World Cup in South Africa where they finished as quarter-finalists.

Of the eleven players selected by coach Sellas Tetteh to start against Brazil nine years ago, four (Samuel Inkoom, David Addy, Ransford Osei and Dominic Adiyiah) are unattached to any club, while two of them (Abeiku Quansah and goalie Danie Agyei play in Africa.

Find out what the starting eleven for that final have been up to with their careers; 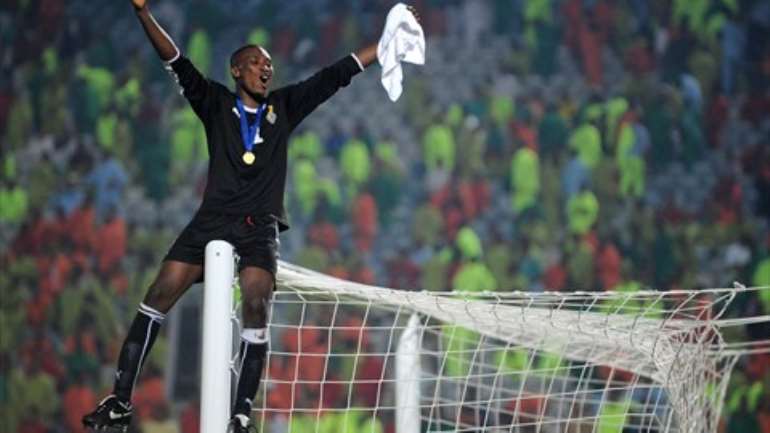 Daniel Agyei aged 19 at the time of the 2009 tournament, the Liberty Professional goalie saved two kicks from Souza and Alex Texeira in Ghana's 4-3 penalty shootout win over Brazil.

He, however, missed out on the Golden Glove which went to Esteban Alvarado of Costa Rica.

He went on to have stints with Free State Stars in South Africa, Medeama and Simba in Tanzania while amassing five senior international caps. 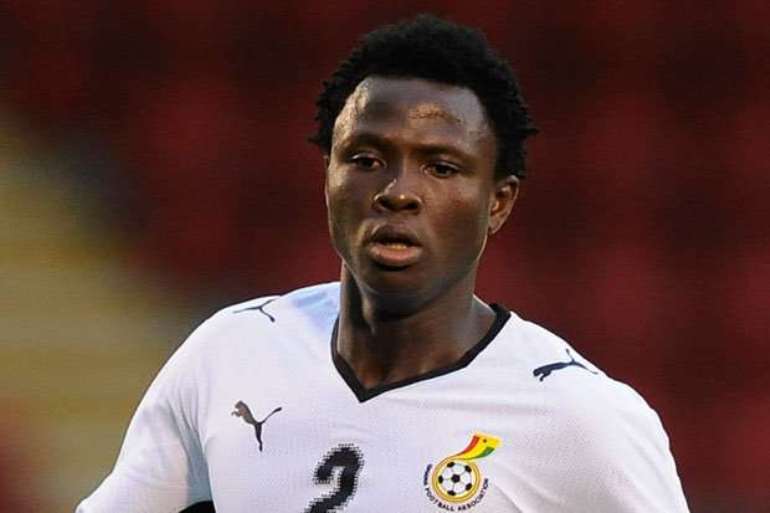 Samuel Inkoom (Banned)
The speedy right fullback was one of the stars of the tournament with his exhilarating runs from deep and incisive cut-backs to forwards Adiyiah and Ransford Osei.

At his prime, the former Hasaacas trainee's playing style drew comparisons with Ivorian Emmanuel Eboue who was then rampaging down Arsenal's right flank.

However, his career has fallen on hard times and he is currently clubless following legal troubles.

In May this year, Inkoom was hit with a one-year ban by Fédération Internationale de Football Association (FIFA) after failing to pay an agent he cheated in a transfer back in 2014.

In June 2017, the 29-year-old was ordered to pay Curtis Willer $65,000 or in default serve a one-year ban, Inkoom failed to pay the said money and he was banned by FIFA.

After failing to settle the agent, the case was open again and he has been handed another ban.

The last time he featured for the national team was in an International friendly against the Netherlands in Rotterdam in a warm-up game for the 2014 FIFA World Cup in Brazil. 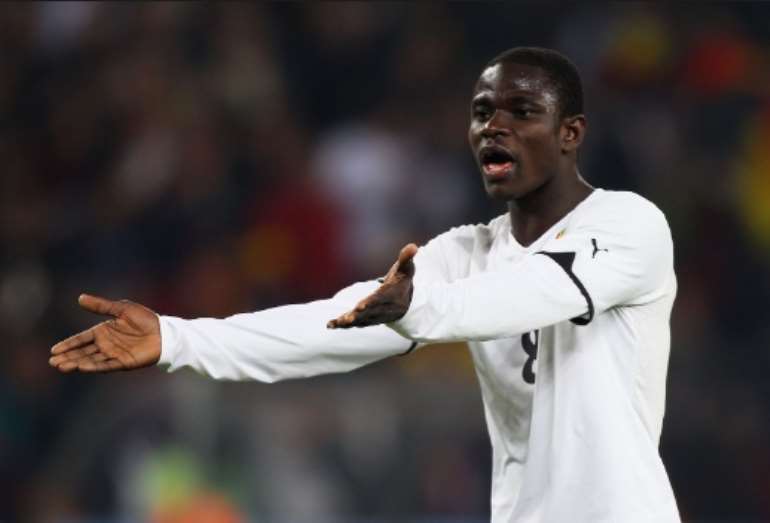 Jonathan Mensah (Columbus Crew)
Calm in possession and tidy in a tackle, Mensah proved to be the perfect partner for the much more rugged Daniel Addo during the U-20 World Cup.

His performances earned him a move to Italian Serie A club Udinese who later loaned him to Granada in Spain.

Stints at Evian in the French Ligue 1 and Anzhi Makhachkala followed before he became a mainstay at Columbus Crew SC in the MLS where he has made 52 appearances since 2017. 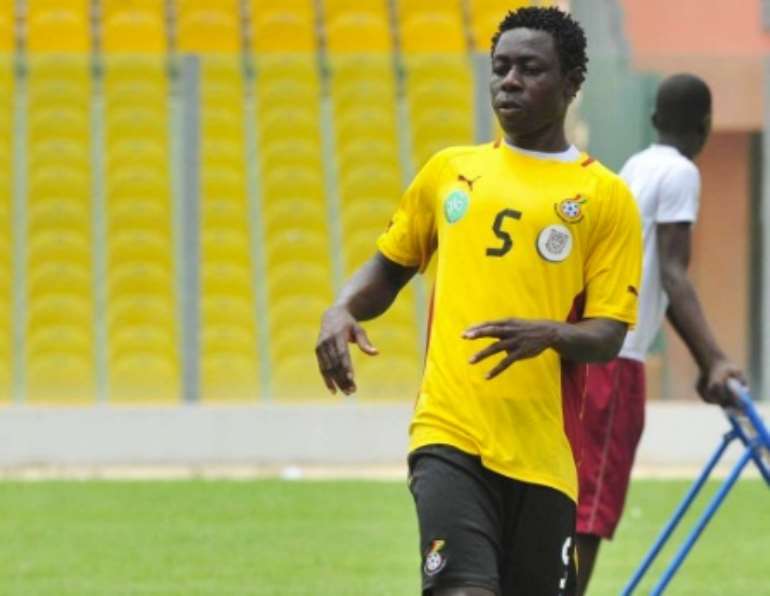 Daniel Addo (Gokulam Kerala Football Club)
The uncompromising King Faisal centre-back will be remembered for receiving a straight red card in the final against Brazil.

A stint with Ashanti Gold followed before joining Ukrainian side FC Zorya Luhansk in 2011. In March 2013 Addo joined Kazakhstan Premier League club Kairat on loan, with a buyout clause, for the season from Zorya Luhansk. 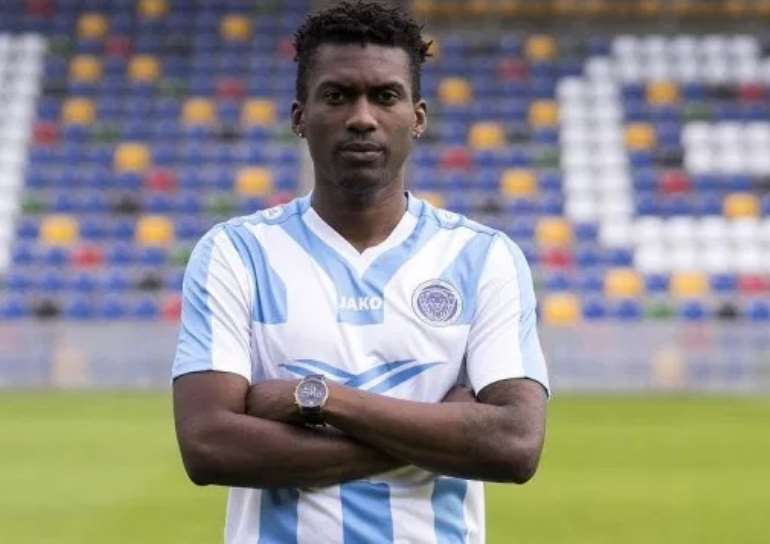 David Addy (Clubless)
Currently clubless after a stint with Riga FC in the Latvian premiership, the lanky Addy made the left fullback slot his at the world cup.

Much was expected from him when Portuguese powerhouse FC Porto signed him from Randers in 2010 but he made only one appearance for the senior team amid a string of loans to Académica de Coimbra and Panetolikos. 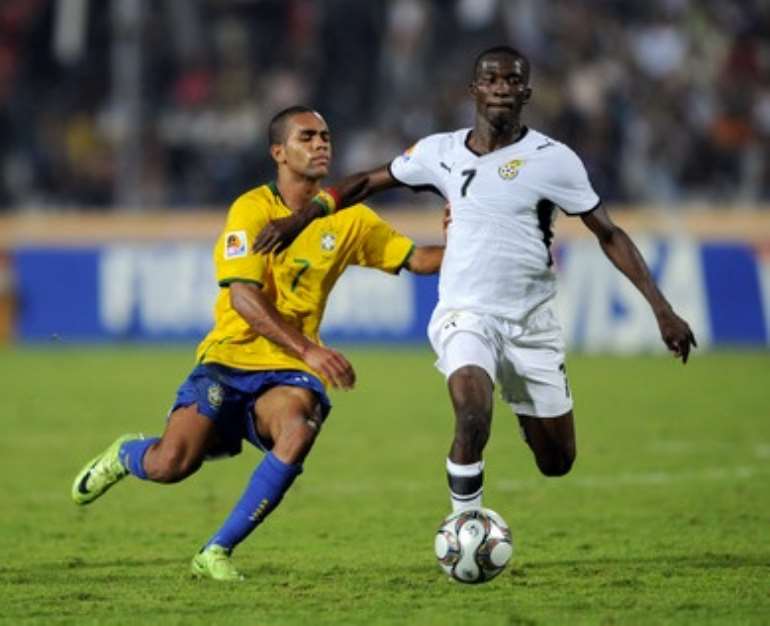 Abeiku Quansah (DC Motema Pemba)
The versatile Quansah then with OGC Nice of the French Ligue 1 played on the right flank during the tournament having made the progression from the 2007 FIFA U-17 World Cup.

After a period without a club, he joined DC Motema Pemba in DR Congo in March this year. 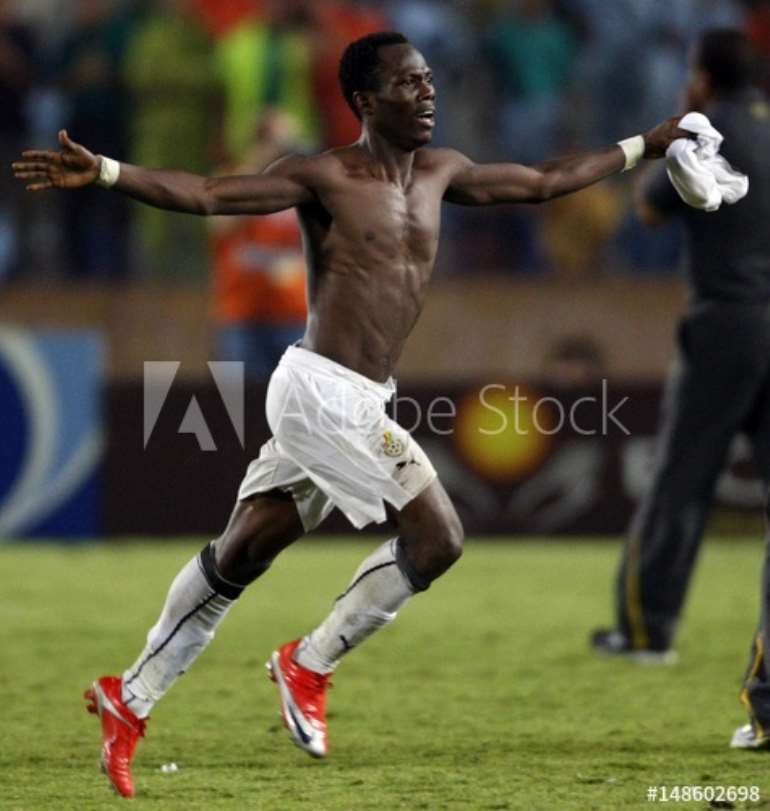 Emmanuel Agyemang-Badu (Udinese)
Agyeman-Badu scored the winning penalty against Brazil and will be remembered for ripping off his jersey and running across the pitch after scoring the winner in the shootout.

Separate loans from Berekum Arsenal to Kumasi Asante Kotoko and Recreativo Huelva followed before he joined Udinese in 2010.

Badu ended his seven-year stay with Udinese when he joined Turkish Süper Lig club Bursaspor on loan for the 2017–18 season.

He has made 76 appearances for the Black Stars and scored 11 goals including some long-range stunners for the national team. 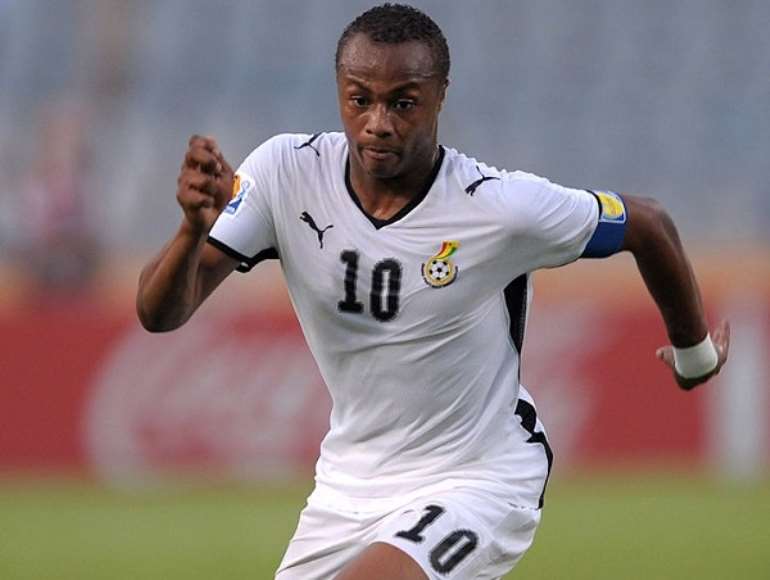 Andre Ayew (Fenerbahçe)
Arguably the most famous alumni of the team, Andre is the son of three-time African footballer of the year Abedi Pele.

He became the first African captain to lift the FIFA U-20 trophy when Ghana defeated Brazil at the Cairo International Stadium.

Although Andre did not feature in the individual awards, his reputation as a motivator was built at that tournament.

On August 8 2016, Ayew signed for West Ham United for a then club record fee of £20.5 million on a three-year contract from Swansea City.

On January 31 2018, Ayew completed a deadline day return to former club Swansea City for a reported £18 million rising to £20 million with add-ons.

However, he could not prevent the Welsh club from being relegated and departed on loan for Turkish Süper Lig club Fenerbahçe on a season-long loan in July 2018.

Now the deputy captain of Ghana's national team, Ayew has racked up 75 appearances and scored 14 goals for the Black Stars. 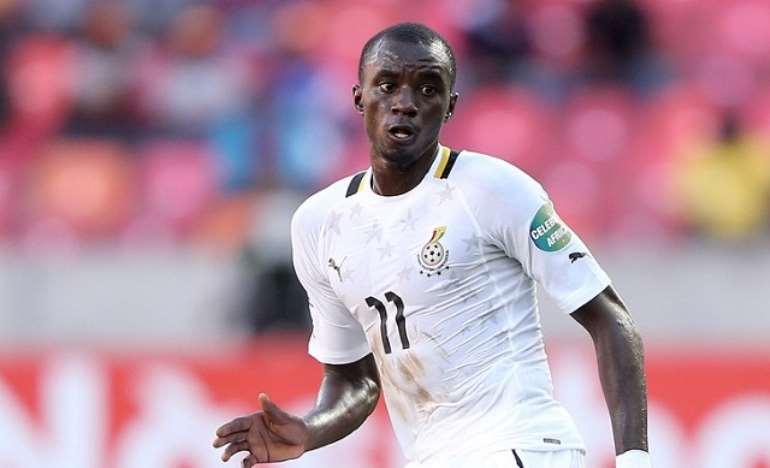 Rabiu Mohammed (Anzhi Makhachkala)
The lanky defensive midfielder sat in front of the back four during the tournament and used his intelligence to snuff out danger before it occurred.

Encouraging spells with Evian, Kuban Krasnodar were devastated by a two-year injury nightmare when he signed a three-and-half-year deal with Anzhi Makhachkala in August 2016.

Injury problems forced that contract to be cancelled but the club re-signed him on a short-term deal.

He played all three matches at the 2014 World Cup, represented the Black Stars at two African Cup of Nations tournaments and has 31 international caps. 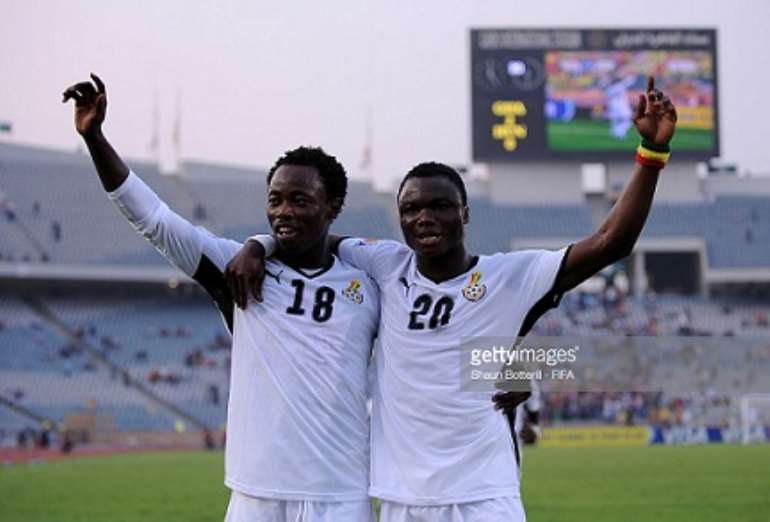 Ransford Osei (Clubless)
The diminutive former Kessben FC youngster scored four goals at the U-20 World Cup including strikes against Uzbekistan and England.

Described as "an opportunistic goal machine" with superb pace and movement by FIFA.com at the start of his career he has developed the unwanted reputation as a journeyman.

He is currently clubless but at 28 he still has some football left in him. 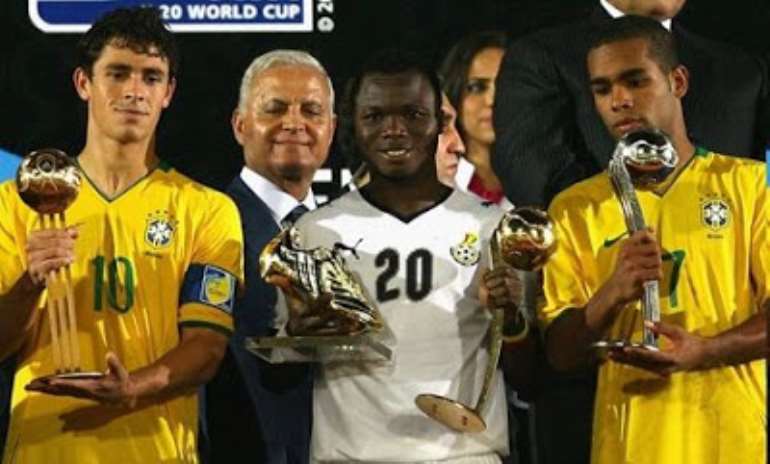 Dominic Adiyiah (Clubless)
In late October 2009, after impressing in the U-20 World Cup, Adiyiah joined the mighty AC Milan from Fredrikstad for a fee of €500,000.

The move was ratified on January 2, 2010, the first day of the winter transfer window. However, Adiyiah was still not able to play, since he was called up by the Ghana national team to take part in the African Nations Cup. Upon his return, a month later, he also secured an Italian work permit, which he was still lacking, thus becoming definitively eligible to play.

However, he was never selected by head coach Leonardo during the remainder of the 2009–10 season.

Milan loaned him to Reggina, Partzan, Karsiyaka and Arsenal Kyix, scoring only one goal in a combined 31 appearances.

On June 25, 2012, Adiyiah completed a three-year switch to Arsenal Kyiv, ending his three years career with AC Milan, having made no competitive appearances for Milan.

Between 2012-2013, he scored seven goals for Arsenal Kyiv before moving to Kazakhstan where be made 14 appearances and scored once for Atyraus.

In February 2015, Adiyiah signed for Thai Premier League side Nakhon Ratchasima FC where he scored 19 goals in 96 appearances over a three-year period.

Adiyiah, 28, is currently without a club after leaving Nakhon. 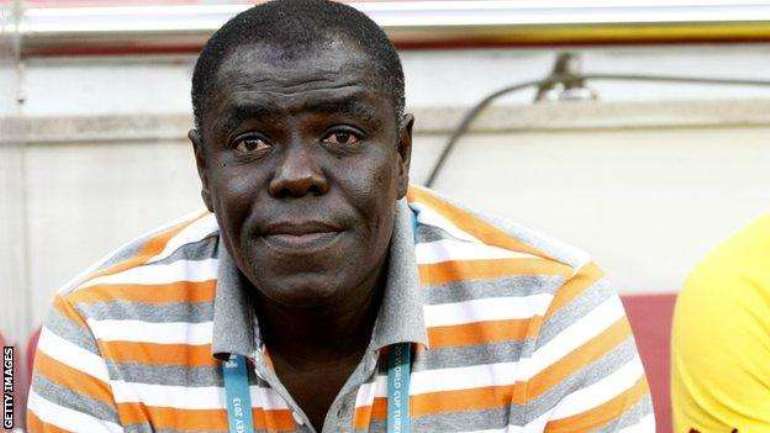 Sellas Tetteh (Coach)
Accused of demanding bribes by Ishmael Yartey, a player he excluded from the final Satellites squad for the U-20 World Cup, Tetteh went on to win the tournament and in the process banished that tag.

In February this year, Tetteh was appointed the head coach of Tamale City FC on an initial one (1) year deal with an option for an extension for a further year.