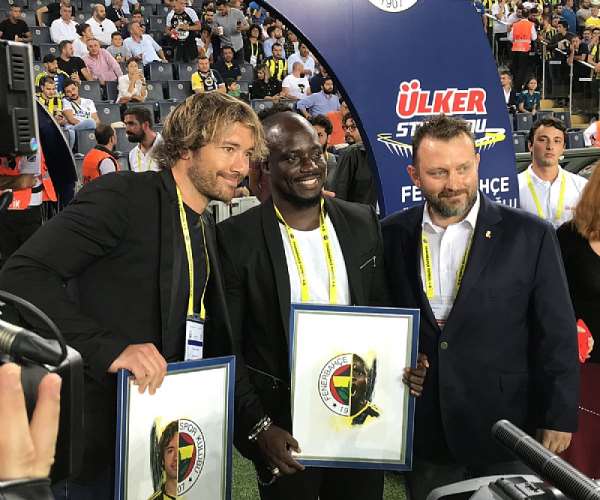 The former Juventus and Bologna ace was specially invited to the Şükrü Saracoğlu Stadium for punditry in Fenerbache's derby clash with Besiktas on Monday night.

Appiah joined the Turkish powerhouse from Juventus in 2005 for €8 million and lived up to expectation.

The former Hearts of Oak star won Turkish Super League Championship with the club in their centenary year.

Fenerbache missed the services of the midfield dynamo in January 2007 after suffering an injury during an international duty with the Black Stars and his operation was delayed on his left knee until end of the season.

The former Ghanaian international is regarded as one of the legends of the club due to his dedication on the pitch.

Stephen Appiah was the first captain to qualify Ghana for it maiden World Cup appearance in Germany in 2006.