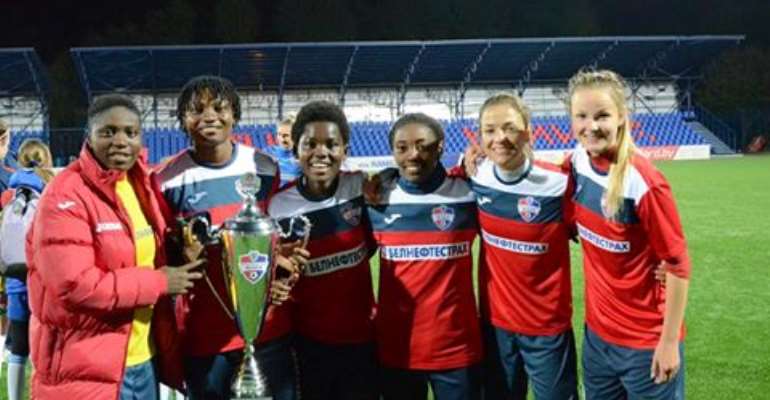 Ghana female youth internationals Ernestina Abambila and Faustina Ampah were among the Premier League Women title winners in Belarus with Minsk on Saturday.

The Ghanaian duo were in action as their side walloped bottom placed Slavyanka 9-0 at the Stadion FK Minsk in the final game of the season.

Minsk finished the season with an impressive 54 points hence will be representing the country in the UEFA Women’s Champions League next season.

The Champions will now turn their focus to the UEFA Women’s Champions League campaign where they will take on Slavia Praha on Wednesday.

Abambila, 18, signed for the Belarusian Champions from Youngstown State in the United State.

The Ghana U20 midfielder scored five goals for the Club this season.

The 20-year-old also netted 8 times for Minsk this season.

HIPC Is Behind Us – Finance Minister
1 minute ago