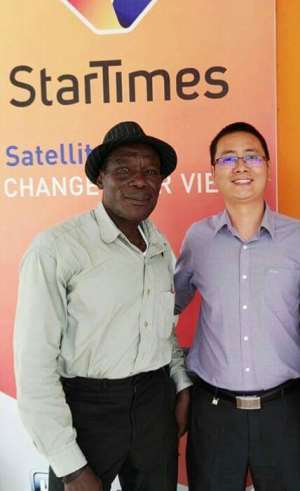 Star Times Ghana Limited, the international Pay TV Service Operating in Ghana have agreed to show the 42nd Edition of the MTN-SWAG Awards Gala Night, live through it partner stations GTV Sports Plus and Max TV.

The 42nd Edition of the MTN-SWAG Awards comes off on Saturday, May 27, at the Banquet Hall, Accra and will to honour about 30 sports men and women, who distinguished themselves in the year 2016.

In addition to the live coverage, Star Times, is set to become the official media partner for the prestigious event, after an official signing ceremony on Monday, May 15, at its head office in Accra.

The ceremony will be used to announce a detail sponsorship deal that will see award winners also going with some products from the official media sponsors of the Ghana Premier League.

Andre Ayew of West Ham is also contesting for the Footballer of the year against Dan Amartey of Leicester City and Solomon Asante of TP Mazembe.

KickBoxer of the year, Lawrence Nmai who is based in Switzerland is also coming for his award.

In all over 20 award winners drawn from various sporting disciplines will be decorated for their outstanding performance in the year 2016.