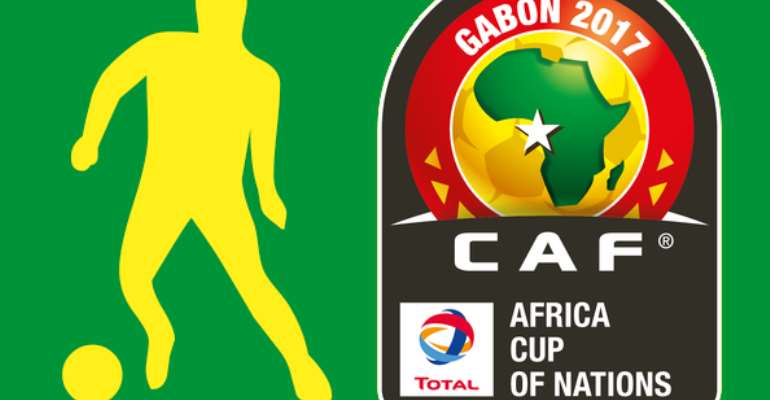 We have now had the opportunity to see the opening fixtures of all 16 teams competing for the title of African Champion. So what have we learnt from the opening exchanges?

'Small minded' resilience
One observation the opening round has yielded is this: Just like the Euro 2016 tournament the so called small teams will not just roll over for the big boys even if they have no realistic chances of winning the title. Cote D'ivoire's wan display against Togo served to highlight the triumph of collective resilience over names.

The defending Champions lined up with in-form Crystal Palace forward Wilfried Zaha and their other star names from the top European leagues. They however found the Togolese a hard nut to crack.

The game evoked shades of Christiano Ronaldo infamously dismissing Iceland's approach to their drawn game at the Euros as “small minded”. If staying compact and tactically disciplined against superior opposition is “small minded” then expect to see a lot more at Gabon 2017.

Guinea Bissau, in their Portugal-like strips and with their legion of foreign based journeymen sounded this trend loudly enough on the opening day when the spoilt the party for the hosts, Gabon.

Zimbabwe are in bullish mood after holding hot favourites Algeria, or perhaps more appropriately after being held by Algeria! The warriors outclassed and out-thought Le Fennecs for 82 minutes until Riyadh Mahrez's special rescue mission salvaged a point for the North Africans.

In an interview with the BBC, former Senegal International emphasised how members of the 2002 team that reached the quarter finals of the World cup were inspiring the current generation to win the Afcon 2017.

Aliou Cisse who captained that side, which also reached the final of AFCON 2002, is the current coach.

The former Birmingham City man has appointed Tony Silva as the goal keeper trainer while others make up the backroom staff.

Perhaps this has helped the perennially talent-laden team find their mojo. Against Tunisia, the Teranga Lions were slick and efficient as they purred to a 2-0 victory. It was undoubtedly the result of the opening round.

What remains to be seen is whether Senegal can build on that result and not choke like they have done in recent tournaments.

North Africans glum show continues
In the absence of Egypt from the last three African cups, the other North African countries have struggled to make an impact in the tournament. In 2012, Libya, Morocco and Tunisia made it to the finals with only Tunisia advancing to the last eight. They were eliminated by Ghana.

A year later, none of Tunisia, Morocco and Algeria could advance out of their groups at the tournament in South Africa.

In the last AFCON both representatives from the North advanced to the quarters. Algeria crushed out after a 3-1 loss to eventual Champions CIV. Tunisia on the other hand were seconds away from a semi-final berth when a controversial penalty awarded by the Mauritian referee Rajindraparsad Seechurn to the hosts changed the outcome of the match and enabled Equatorial Guinea reach the last four at their expense.

With four representatives this time round, including the returning Pharaohs, more is expected of the North African contingent. An inauspicious start however means none of them won their opening matches. Will the poor run continue?

Star players and upstarts
Some star players have wasted no time getting off the mark for their teams. Borussia Dortmund star Pierre-Emerick Aubameyang predictably got Gabon going in the opening match, Riyadh Mahrez's brace secured a point for Algeria and Sadio Mane and Andre Ayew's efforts from the spot set Senegal and Ghana on their way to victories over Tunisia and Uganda respectively.

While other big names prepare to announce their presence at this year's competition, a number of unheralded folks have caught the eye already.

Zimbabwe's Khama Billiat shone against Algeria and was unfortunate not to crown his effort with a goal. Cameroon have been deprived of many big names but were impressive against Burkina Faso, denied of victory by their own profligacy.

Winger Christian Bassogog was a major driving force and will cause problem for defences with his pace and strength. Guinea Bissau spent more time defending than attacking against Gabon.

But when they were in possession, Toni Silva showed immense guile and creativity. These are still early days yet.

Group D is the de facto group of death
Egypt may be back to the AFCON with their fearsome reputation, but winning the tournament will not be a given.

The Egyptians, unbeaten in 19 straight matches at the AFCON and are tipped by many as strong candidates for the title.

This is however not going to be plain sailing. For long portions of Egypt's clash with Mali in Port Gentil, it was the Eagles who harried and dictated the pace of the match.

But for goal keeper El-Shenawy’s heroics that eventually led to his substitution, the outcome could have been different. On evidence of Uganda's brave showing against Ghana, Egypt are by no means assured of three points when they line up against the cranes on Saturday.

With Ghana and Mali clashing in what should be a terrific encounter; Group D promises to serve up quite a treat.

Give EC Benefit Of Doubt On 24-hour Results Promise – CDD-Gh...
31 minutes ago