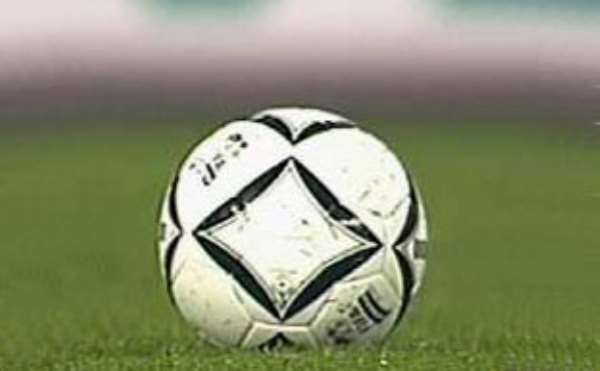 A SECOND half fight-back by Kade Hotspurs that saw them scoring three goals earned them an automatic berth into the Premiership.

They came from behind to beat Prestea Mine Stars 3-2 in the final Middle League match played at the Ohene Djan Sports Stadium in Accra last Saturday.

Mine Stars were up by a lone goal in the first half. The hard fought win earns Hotspurs an automatic berth into this year's GT Premier League, having finished second behind runaway leaders, Ebusua Dwarfs, thereby pushing Mine Stars into a play-off against Sekondi Hasaacas.

In an equally matched encounter where the two teams started the game with nine points each, it was Mine Stars who stunned Hotspurs with the first goal in the 14th minute through Michael Mensah.

Mine Stars did not hold back after the lead as they continued to dominate the exchanges, forcing Hotspurs to rely on occasional breaks on the wings in search of the equaliser but their efforts yielded nothing much.

However, on the stroke of the first half, one significant event swung the game in favour of Hotspurs when Samuel Bakai, one of the pillars of the defence of the Miners, was shown the red card after a second caution.

Before the start of the second half, Hotspurs brought on Fiifi Kesson for Amoaku Moses, and the substitution yielded immediate results when Kesson pulled his team on an even keel when he side-footed a loose ball after a goalmouth melee in the 47th minute.

The equaliser brought more life into the game of Hotspurs as they took control of the game, and it came as no surprise that they took the lead in the 52nd minute when Seth Yeboah dribbled his way past two defenders of the Miners before drilling his shot into the roof of the net.

Mine Stars, with a man down, could not raise their game and allowed Attipoe Selassi to extend Hotspurs lead when he fired a loose ball into the side of the net after a comedy of near misses by his colleagues.

With the match drawing to a close, Mine Stars scored a consolation goal through Isaac Owusu who converted a penalty in the 90th minute after Kelvin Asamoah was brought down in the box.

Before the penalty was taken, however, Hotspurs Kwame Adonteng was sent off for hitting an opponent in an off-the-ball incident, but the expulsion did not affect the final outcome of the game as the Kade lads held on to their lead till the final whistle.

After referee Alex Kotey's whistle for the end of the game, fans of Hotspurs who sat on thorns in the first half found their voices as they sang and danced to celebrate their entry into the Premiership.