Richmond Boakye-Yiadom: Ghanaian striker rushed to hospital after collapsing in Serie B 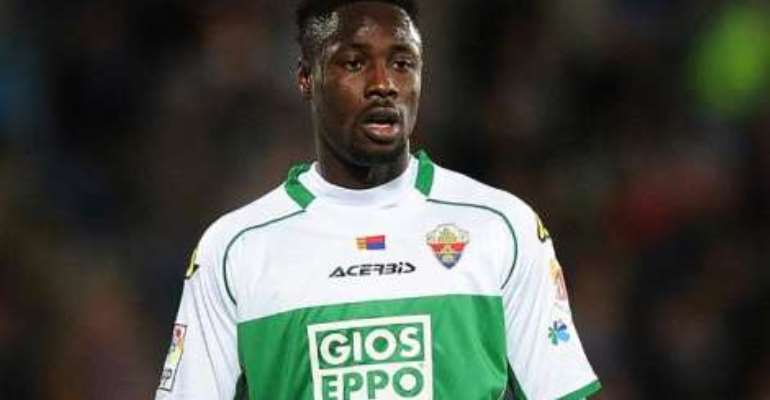 Ghana striker Richmond Boakye-Yiadom was rushed to the hospital during an Italian Serie B game between his side Latina and Cittadella on Saturday afternoon.

The 23-year old collapsed on the pitch after suffering a serious head injury following an aerial tussle with a Cittadella player in the 17th minutes and as a results was carried off the pitch by an ambulance and quickly rushed to a local hospital for treatment.

According to doctors at the Cittadella hospital, Boakye-Yiadom suffered Concussion "Trauma Cranico Commotivo", and is currently of danger and responding to treatment.

The game ended 2-1 in favour of Cittadella, meaning Boakye-Yiadom's team, Latina, lie 20th on the Serie B table with 10 points.