Evans Mensah: All you need to know about Black Stars' latest player 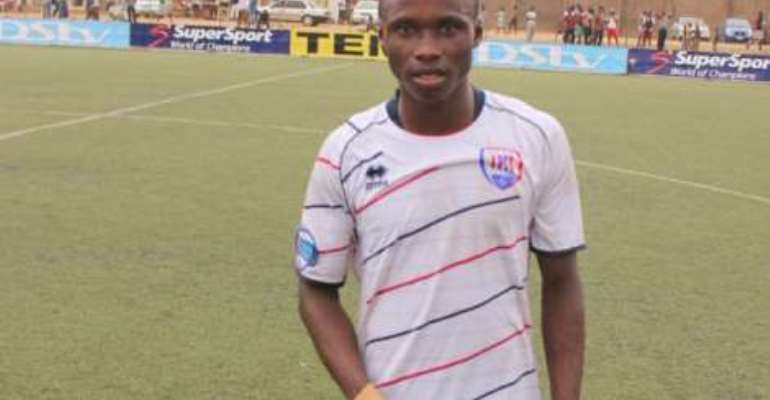 The number of Ghanaian players looking to represent the senior national team of Ghana, the Black Stars are more than the usual 23-man squad called up by coach Avram Grant .

And the opportunity does not come along too many a time for debutants. When it does come, sometimes at the expense of another player's injury troubles, it is an opportunity to relish.

For Inter Allies winger Evans Mensah, the dream of playing for the Black Stars might have been put on hold for another international break after Avram Grant named just two local players [WAFA's Samuel Tetteh and Wa All Stars' Richard Ofori] in his initial squad for the Mozambique games in the 2017 Africa Cup of Nations qualifier.

David Accam of Chicago Fire who was named in Grant's squad sustained an injury and missed his side's MLS game over the weekend.

A man down in the Black Stars meant a man in. And the radar fell on Evans Mensah who has been sensational for Ghana Premier League team Inter Allies. Biography

Evans Mensah is an 18-year-old Ghanaian player born on February 9, 1998. The player comes from Swedru in Ghana. Football Career

Mensah joined Ghana Premier League team Inter Allies in 2014 on loan. Before his move to the Tema-based club, the 18-year-old joined Right to Dream on one of their trips to English Premier League club Manchester City as part of player development lessons.

On the national scenes, Evans Mensah was one of the 30 players invited to the Black Satellites camp at the Ghanaman Soccer Centre of Excellence in Prampram in March 2016. Abilities

Evans Mensah is a left footed player who plays in midfield. The pace of Mensah coupled with his good tackling abilities makes him an effective winger when deployed on the wings.

The 18-year-old has good dribbling skills and is not afraid to take on an opponent during a game. Records this season for Inter Allies

Evans Mensah has played four matches for Ghana Premier League side Inter Allies this season. The player has scored a goal and assisted one in his appearances for Hebert Addoh's team.

The great performances from Mensah have seen him win three MVPs in his four games for Inter Allies in the Ghana Premier League season.

Galamsey fight: Four Chinese nationals to be deported
45 minutes ago

Gov't must opt out of Sputnik-V vaccine procurement contract...
45 minutes ago