EXCLUSIVE: Shanghai SIPG to sell either Tobias Hysen or Jean Kouassi to free up space for big-name signing Asamoah Gyan 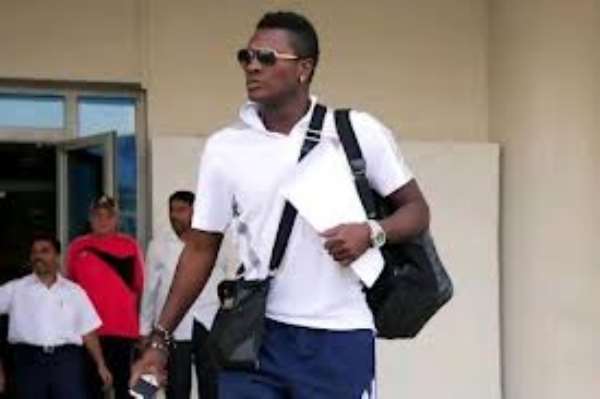 Ghana striker Asamoah Gyan is likely to replace either Tobias Hysen or Jean Evrard Kouassi once he completes his move to Chinese club Shanghai SIPG.

The 29-year-old is expected to arrive in China on Wednesday to undergo a medical before signing a contract to join the big-spending Super League side.

Gyan's move to Shanghai was put in motion following a big money offer which has now been accepted by Al Ain.

The club coached by Sven-Goran Erikkson will be paying a figure around EUR20m for the Black Stars captain who will receive in excess of a whopping $300,000 in weekly wages.

Gyan's arrival will however spell the end of the road for either Tobias Hysen or Jean Kouassi since Shanghai SIPG needs to make room for their foreign-quota signings.

Chinese clubs are allowed to sign up to only five non-nationals in their squads - which the club has currently exhausted.

Space therefore will need to be made to accommodate the big name Ghanaian signing with the exits of either Hysen or Kouassi.