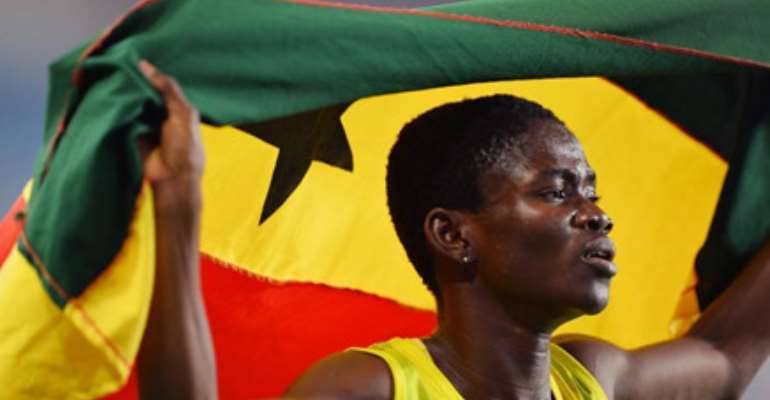 Ghana's first Olympic gold winner, Martha Bissah, has been honoured in the 2015 Newaccra Achievers List , a celebration of unsung young achievers who are making impact and showing future promise.

Martha and twenty-nine others make up the thirty member list released as part of a complete report. This year's edition is titled 'The Newaccra Achievers Report 2015; Thirty Ghanaians About To Shake The World'.

Martha's honour profile in the report reads;
'When seventeen year old Martha Bissah qualified for the World Youth Championships, a journalist on the sidelines of the track asked her how far she thought she will go in the competition. Struggling to catch her breath, Martha responded 'In China, I must say, I will be first'. How true were those words. Martha Bissah is the first ever Ghanaian to win an Olympic gold medal.'

Martha also holds the record for the youngest achiever in Newaccra's compilation.

According to the report, the achievers are selected by a rigorous consultative process that ensures that honourees have actually achieved something that will be considered outstanding among peers.

The report has been described as a credible reference for entrepreneurs, investors and donors, academics, policy makers, media and civil society. The Newaccra Achievers Report is published every year by Newaccra Magazine, a leading success and personal development website.