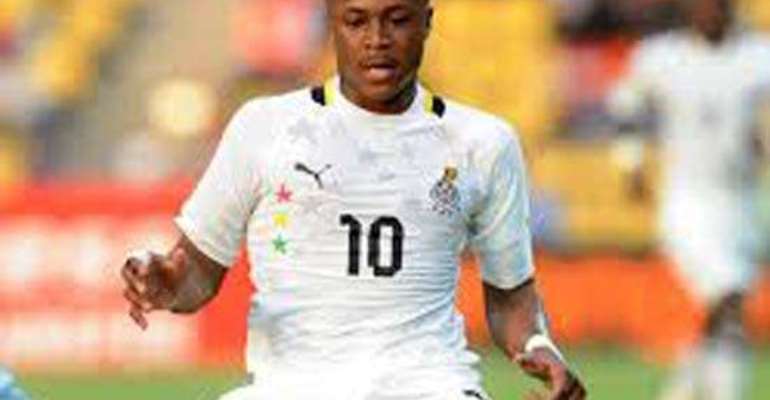 Andre 'Dede' Ayew, son of Ghana legend Abedi 'Pele', on this day 28th May, 2007 signed his first professional deal with French side Marseille.

Dede Ayew now 24 years was 17 years when he completed a three-year deal to keep him at the club until June 2010.

Dede joined Marseille as a trainee in 2005 and impressed by scoring 11 goals with the second team in the 2009/10 season.

"I am grateful to God for giving me the opportunity to play for the first team of this great club," Dede told BBC Sport.

"I know this is the result of the hard work I have done since joining the club two years ago.

"I will not let this opportunity slip past me as I will do everything possible to justify the confidence reposed in my ability."

Andre Ayew since 2007, have had a successful career with both nation and club.

He was part of the Ghana team that that won bronze in the 2008 African Cup of Nations on home soil.

Andre Ayew played a vital role to help Ghana finish runners-up in 2010 and was also key in the Black Stars team that reached the quarter finals in the 2010 World Cup to equal African best performance in the mundial, set by Cameroon and Senegal in 1990 and 2002 competitions respectively.