Algeria / Vahid Halilhodzic: “Our goal is to qualify for the 2014 World Cup “ 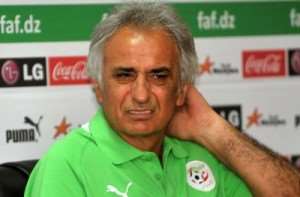 In an interview with sports site MNAfrica.net, Vahid Halilhodzic coach of Algeria returned to the the game of the Fennecs during the 2013 Afcon. Similarly, the Bosnian technician spoke of the strengthening of the Green's number by young Franco-Algerians.

“We started with a lot of ambitions. We failed in terms of results, but not in terms of game. Experts noted the nice game that we have made during this tournament.We dominated, but we have not been effective in front the nets of the opposing team. We probably missed something and very little to reach the final. I must also say that the refereeing did not advantaged and personally, I found the refereeing level  very poor during this competition' .