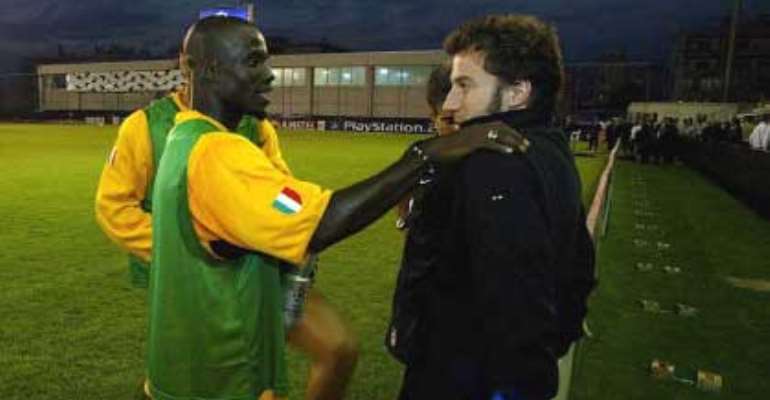 The captain of the Black Stars Stephen “Tornado” Appiah has said that Juventus’s qualification for the next stage of Champions League is heavily reliant on a victory for his Italian team in their match against the Greek team Olympiakos tonight. Speaking to GHANAWEB from Greece this morning the 22 year old revealed that he is pleased with the preparation for tonight’s Group D clash and was confident that: “Juventus will come out with a very good result.” Appiah’s confidence is also echoed by his team coach Marcello Lippi who told reporters "We know Olympiakos very, between all the Greek teams who play in the Champions League it is the strongest.Olympiakos has good ambitions in Europe every year and it leave good impression about the team at the end of the competition. We have much respect for them and the game will be a difficult one. We will play good football.” A starting place for the captain of the Black Stars is certain. Picture: Appiah talking to Del Pierro at the Kamaras Stadio in Greece after training last night.