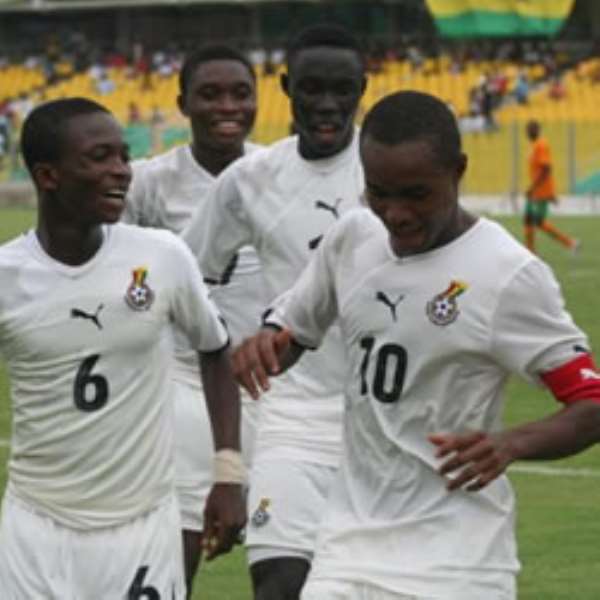 Ghana are determined to seal their place in the finals of the 2011 African Under-17 Championship when they play Senegal in the decisive qualifier this weekend in Dakar.

A 2-0 first leg win in Accra a fortnight ago has put the Black Starlets in pole position of picking their spot at the finals to be staged in Rwanda.

Yet still, the past setback, after they failed to qualify for the 2009 competition hosted by Algeria is fuelling their desire to secure a positive result in Dakar.

Ghana coach Frimpong Manso admits that his side faces a tough task in qualifying but remains optimistic that their 2-0 cushion would force their opponents not to sit back.

“The result [first leg] is positive. The players played very well and they managed to score two goals. The result serves a perfect security ahead of the second leg and I'm upbeat we will survive in the return encounter,” Manso said.

And the Black Starlets would be boosted by the return of captain Nasiru Mohamed, who missed the first leg through injury.

Fourteen remaining teams will face off in the final leg of qualifying to see which of the seven teams join host Rwanda for the 8-team African U-17 Championships beginning January 7-22, 2011.