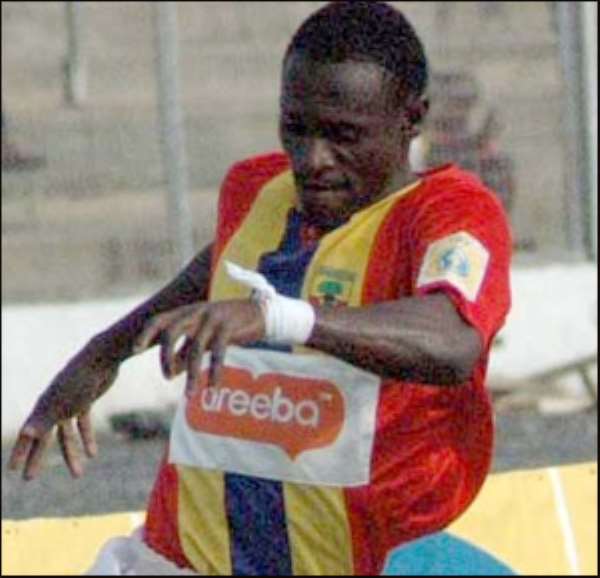 The Glo Premier League enters a crucial stage this weekend, with the match between Hearts of Oak and Liberty Professionals being the top-liner.

Hearts drew with RTU on Wednesday, thus moving to the second position on the league table whilst Liberty thrashed Hasaacas 4-1 at the Dansoman Carl Reindorf Park. And this makes this weekend's match uncompromising though the Phobians won the first round match.

Buoyed by some youthful players such as Latif Salifu, Kassenu Ghandi and Kofi, Liberty would face fierce opposition in the defending champions who also have in their fold youngsters Mahtama Otoo and Samuel Affum.

Fast-improving Asante Kotoko face the match of their lives in Wa when they play as guests to All Stars.

Lying third on the league table, All Stars would have to play above themselves to defeat sixth-placed Kotoko who won 2-0 on Wednesday against Kessben FC.

Aduana Stars, under the tutelage of Herbert Addo, could cruise to another victory and thereby increase their point build-up.