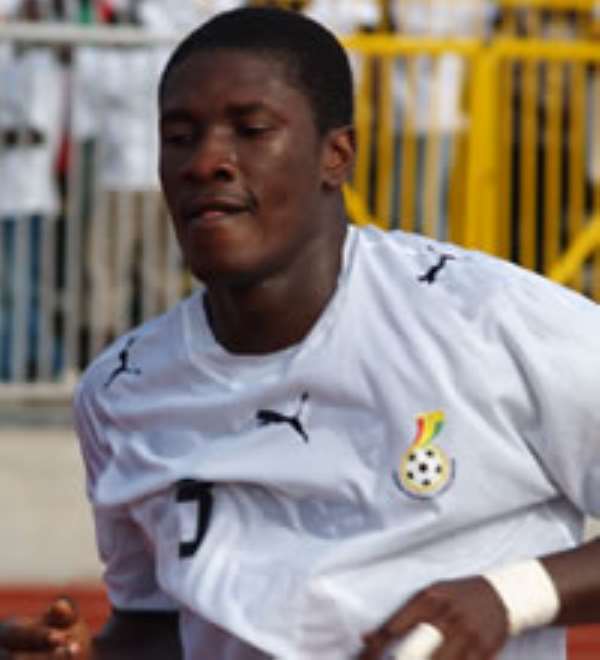 
Asamoah Gyan struck his eighth League goal of the season to go second in the French scoring charts.

The striker, in trouble back home for deserting national team duties recently seem to have put that controversy well behind him, striking for the second straight week as Stade Rennes held former champions Lyon to a 1-1 draw at the Stade Gerland.

The Ghanaian drew first blood for the visitors on 13 minutes, picking up a pass from Guinean Ishmael Bangoura before beating Jean Boumsong for pace to finish.

Lyon eventually equalised but for Gyan that eighth goal of the season adds to what is turning into a really productive campaign for him.

Matthew Amoah has not had the same success rate in front of goal this season but he was also on target in NAC Breda's 1-3 loss with his third goal in two games and his sixth overall this season.

In Italy, Sulley Muntari played for 76 minutes in Inter Milan's 1-0 victory over Fiorintina before he was replaced.

Kwadwo Asamoah played the entire duration of the game as Udinese beat Livorno at home.

Derek Boateng may be constantly overlooked by national team selectors but he started yet again this week for Getafe as they mauled Xeres 5-1 in the Spanish La Liga.