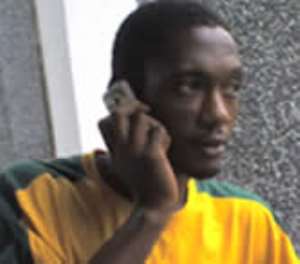 Afedzie,21,is reported to have swindled Hearts of Oak for refusing to play in the league after signing a contract in March this year.

20-year-old Bobby was signed from Chelsea of Bechem after impressing on trial.