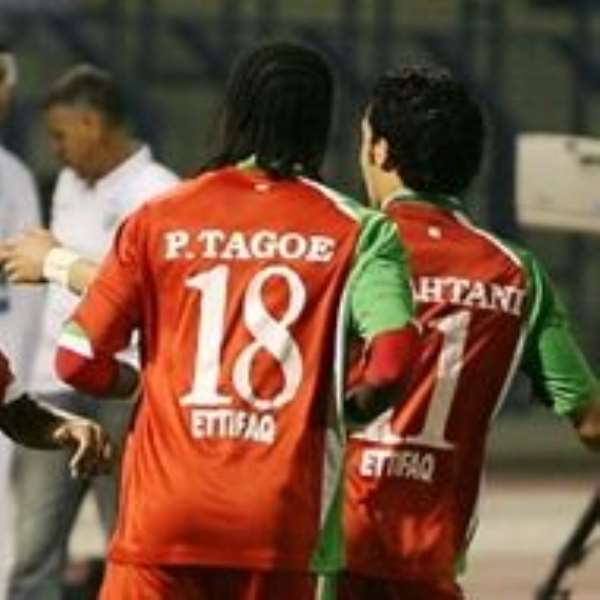 The Prince of Goals scored as his club faced a tough test in the quarter-finals, first leg   and lost 2-1 dramatically 2-1 to Paktahor in Wednesday's last 16 showdown.

The Group A runners-up were completely outplayed in the first-half, but after Ettifaq could only convert through Prince Tagoe 12 minutes before half-time, the visitors took control after the interval.

They had to wait until 11 minutes remaining for first-half substitute Zaynitdin Tadjiyev to fire home the equaliser before second-half replacement Alexander Geynrikh rifled home a stunning free-kick in stoppage-time to send the Uzbek side into the last eight alongside Qatar's Umm Salal, compatriots Bunyodkor and Saudi Arabia's Al Ittihad from the West side of the draw.

Brazialian Leandro, snapped up by the ACL defending champions from Vissel Kobe at the beginning of this year, is also on eight goals, scored in all matches, save the last one against FC Seoul, which Gamba lost 2-1.