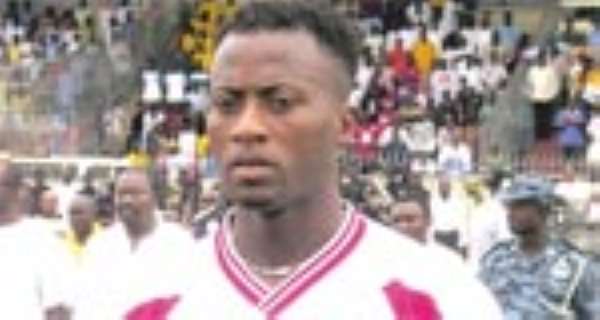 A NAGGING knee injury has brought the glittering career of former national star, Ibrahim Tanko to an abrupt end at the tender age of 30.

Tanko was forced to quit soccer after the end of last season following a protracted knee injury he sustained in 2002 whilst playing for Freiburg FC in the German Bundesliga.

He was once an integral member of the senior national team, the Black Stars, and his last outing for the national team was in a 2006 World Cup qualifier with Congo played at the Kumasi Sports Stadium.

Nick-named 'bullet' in his hey days for his powerful strikes, Tanko's early departure from the green turf would not be pleasant news for any football loving fan in the country.

Speaking exclusively to DAILY GUIDE SPORTS, Tanko said he took the hard decision of quitting soccer after exhausting all avenues to recuperate from the injury he sustained in 2002.

The former national star who admitted he would greatly miss competitive soccer disclosed that he has not entirely left the game as he has now been appointed the coach of Freiburg FC Junior Side in Germany.

Tanko who currently is on holidays in the country expressed delight about the high standards of the local league and commended the Kwesi Nyantakyi led GFA for a good work done.

He however urged the FA not to rest on its oars but rather work harder to improve upon its achievements so far to take Ghana soccer to higher heights.

Touching on the chances of the Black Stars in this month's Africa Cup of Nations, he said if Ghana shuns complacency then the Stars stood the brightest of chance of lifting aloft the trophy on home soil.From Fred J. A. Ibrahim Jnr.,