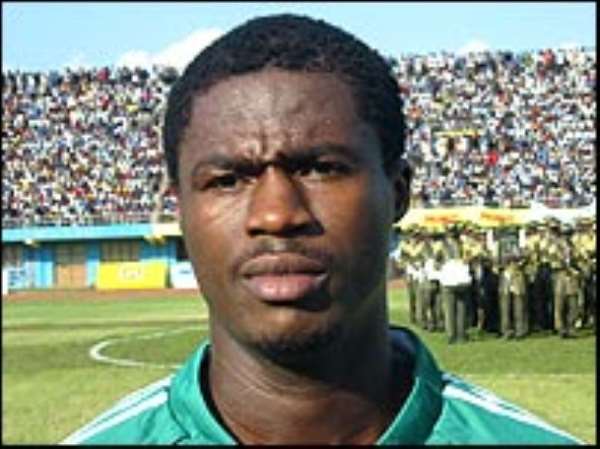 Nigeria's Obinna Nwaneri has moved to Swiss club Sion
Swiss first division side FC Sion have confirmed that they have signed Nigeria defender Obinna Nwaneri.
The 24-year-old completed the move on Wednesday from the Tunisian club Esperance.

Nwaneri has signed a three-and-a-half-year contract, keeping him at the club until June 2010.

"We can confirm that Obinna Nwaneri completed his move to our club on Wednesday," Sion sporting director Paolo Urfer


Sion are second in the Swiss top league and the Nigerian international is confident of helping them win the title.

"I have acquired enough experience to be able to succeed here and I will use this experience to help Sion win the league," Nwaneri said.

Nwaneri captained Nigerian club Enyimba to the African Champions League title in 2003 and 2004 before moving to Esperance.