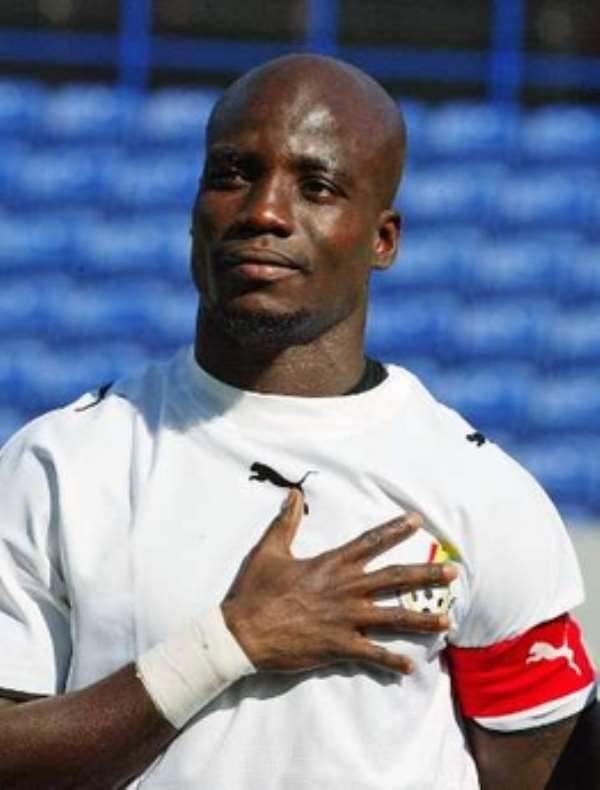 More Information
Current captain of the Ghana national team. A combative midfield player, Stephen Appiah is blessed with a strong 'engine' and good tactical awareness.
National Team: Was only 16 when he first played for Ghana and has been a member of their under-17 and under-20 squads at three different age-group world championships.

Clubs: Played for Accra Hearts of Oak in Ghana. Joined Udinese Calcio as a 16-year-old, spending three seasons with the club. It was at the Friuli stadium that he morphed from a striker of promise, into a midfielder of substance. Appiah assumed the deeper, more constructive role following his debut against US Lecce in February 1998. He played mostly cameo roles at Udinese but during that time, Parma were impressed enough to pay Udinese $8m for his services.

2000: His transfer to Parma was jeopardised by viral hepatitis, but Appiah overcame the illness to become a Gialloblu in summer. The Ghanaian was on the fringe of becoming a regular at the Ennio Tardini, and the club thought it would aid his development to spend the 2002/03 season on loan at Brescia Calcio.

2002/03: A first-team regular, Appiah scored seven times in 31 games for Brescia to alert Juve to his talents. The Italian champions paid €2 million to secure his services for the 2003/04 campaign with an option of a permanent €6m transfer in 2004. "It is a terrific opportunity for me," Appiah said. "You cannot ask for more than to play for a team like Juve."