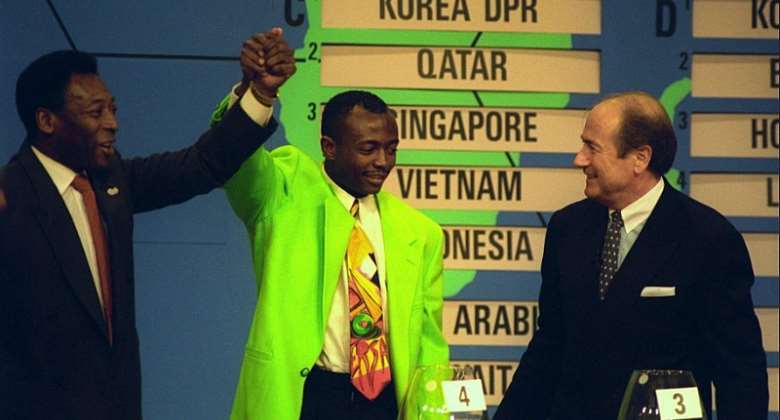 Ghana have strived to get back to the glory days in the 20th century in football terms following their recent dip in performance in almost all aspects of international football.

The West Africans boast of four continental titles for the senior national team but another great accolade that cannot be skipped in sporting conversations is Abedi Ayew’s three African Footballer of the year awards.

The man who was part of the squad that won Ghana’s last AFCON title in 1982 was adjudged the continent’s most valuable player in three consecutive years; 1991, 1992 and 1993.

However, that feat may not be his biggest achievement. How the former Ghana captain earned the name Pele is arguably what got him everything he achieved in football. His talent.

Even if the football stops talking about him, his name might still be mentioned over and over in Ghana at least if one wants to refer to the Ghanaian Abedi Ayew.

Born in 1964, Abedi Ayew had no idea who Edson Arantes do Nascimento was, considering the fact that both where he was born, Kibi and where he grew up Dome, both lacked electricity and technology which marginalised the people from accessing vital information. Information like the Brazilian Pele scoring tons of goals and winning almost every World Cup he participated in.

Unlike how others adopt names of their mentors and role models. He earned it obliviously but deservingly. Abedi didn’t choose the name. He earned it.

He loved football just like how people loved seeing him play it.

People older than him frequently said, “Oh Pele, he plays like Pele,” whenever Abedi was playing football in any tight space he found himself.

When he was a student at Ghana Senior High School in Tamale, the nickname became more well-known, and at one point, no one used to call him Abedi Ayew. Everyone began referring to him as “Abedi Pele,” including his teachers, friends, and family.

From Ghana to some of the largest football venues in the world, including the 1993 Champions League final, where he led the French team Olympique Marseille in winning its first-ever European title, the nickname Pele followed the attacking midfielder.

Abedi may not have played in the World Cup like Edson but his accomplishments still make him Ghana and to some extent Africa’s only Pele.