Kojo Poku for trials in Switzerland 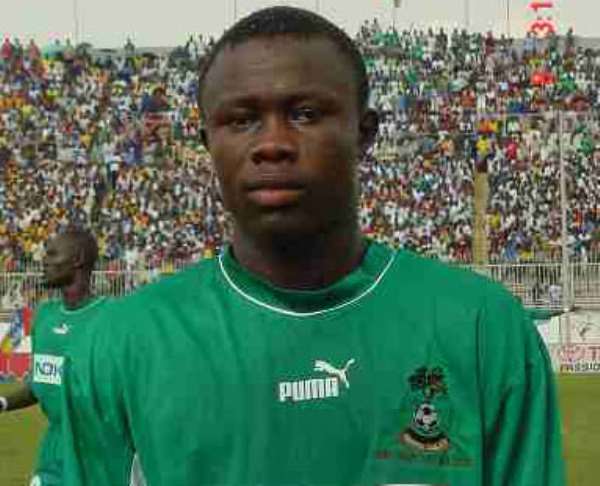 In an interview with the GNA Sports in Accra on Tuesday, Alhaji Karim Grunsah, Founder and Chairman of King Faisal Football Club, said the player has already endorsed the trip and he is in the process of securing the necessary travel arrangements for the trip.

He said if the trials are successful, most big local clubs hot on the heels of the player would be left disappointed as their desires to snatch him away from Faisal would go down the drain.

News has it that Kwadjo Poku had already signed the Africa Champions League Card of Kumasi Asanti Kotoko.

The player, a member of the present Meteors team came to prominence some two years ago when he was promoted from the junior team of Kotoko and succeeded in making an immediate impact in Kotoko's journey to the finals of the 2002 African Cup Winner Cup, which they eventually lost to Raja Casablanca of Morocco in the final.