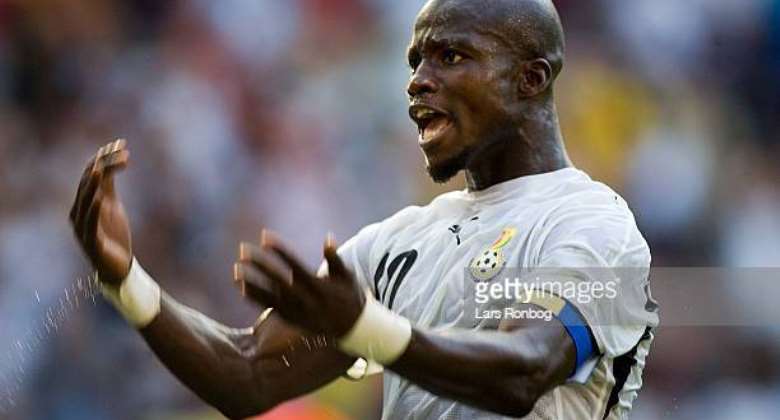 Hon. Jerry Ahmed Shaib has suggested that the new astroturf at Mamprobi should be named after Stephen ‘Tornado’ Appiah, the first Black Stars Skipper to lead Ghana to the FIFA World Cup in 2006 in Germany.

At a ceremony to open the park on Friday night, he thanked the president of Ghana, Nana Akufo-Addo for his vision in creating the Coastal Development Agency (CODA), and the Infrastructure For Porverty Alleviation Program which has benefited many communities in Ghana.

Member of Parliament for Ablekuma South, Hon. Alfred Okoe Vanderpuije said the construction of the park is a positive development effort and good to have CODA chief from Ablekuma South is good.

He recollected coming up with an idea from Turkey and expressed joy to see the construction of the astroturf in Mamprobi, a suburb of Accra noted for producing talented and skilful sportsmen and women.

"It is a blessing to see the field and floodlights. We ask for more blessings for Jerry Ahmed and Nana Akufo-Addo for this project " he stressed.

Best CEO Jerry Ahmed Shaib said the facility would not only be used for football but all social events and programs.

He disclosed that the government has put aside 1 million dollars project for development projects in communities and they are also building the Tuesday market and Chemunaa project in the Ablekuma Constituency.

In an exhibition match to open the park, Chorkor Fc were beaten 4-1 by James Town Fc.

Hundreds of sports fans trooped to the field to witness the ceremony.

The beautiful field fitted with floodlights was constructed by Blaze Investment Co. Ltd.