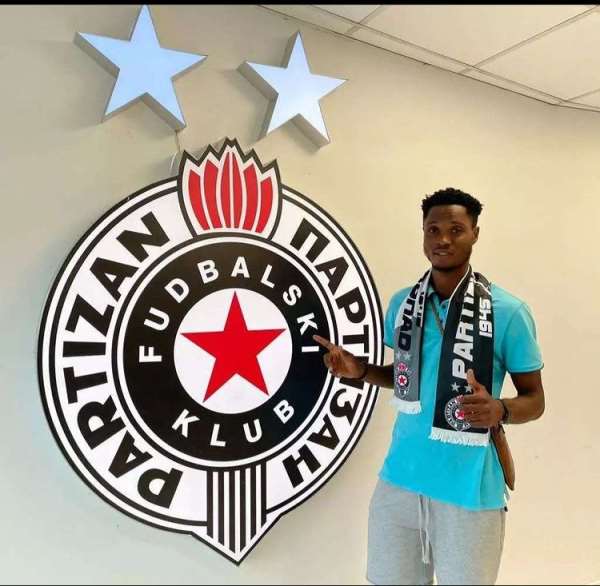 The striker joined the Ghana Premier League outfit from lower-tier side Lizbet FC in 2018. Giving a chance to prove himself in the 2020/2021 football season, the attacker excelled and bagged a brace on his debut in a game against King Faisal.

At the end of the season, he traveled to Serbian for a trial session with FK Partizan. After making an impact, he has now been signed on loan and could secure a permanent deal if he manages to impress.

“Isaac Opoku Agyemang from Ghana, born in 1999, has signed a loan deal with FK Partizan,” the Serbian top-flight club announced on Friday.

The Ghanaian forward has joined the club with a lot of quality and will hope to take his chances.

In the 2020/2021 football season, Isaac Opoku Agyemang made 22 appearances where he scored five goals and provided four assists as well.

He starred for Ashanti Gold SC with a hat-trick when the team faced Inter Allies FC.