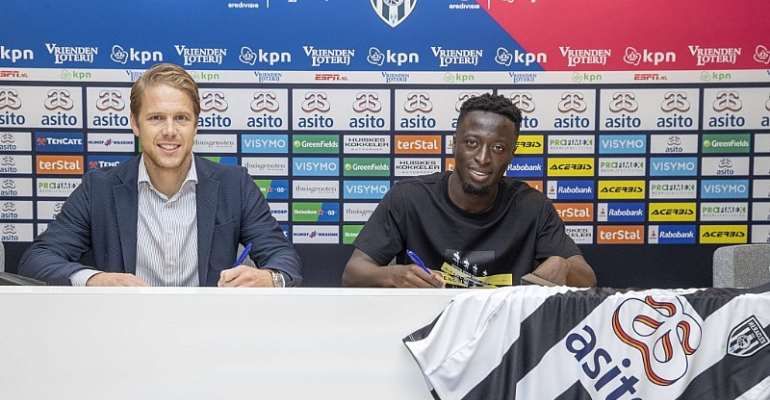 The defender was born in Holland to Ghanaian parents but has already represented Ghana at the U-23 level.

The youngster last season spent the campaign on loan at Eerste Divisie club Dordrecht where he had an outstanding stint.

With his parent club suffering relegation at the end of the 2020/2021 football season, he has been signed by top-flight club Heracles Almelo to bolster the squad of the club for the upcoming Eredivisie season.

“Robin Polley makes a transfer from ADO Den Haag to Heracles Almelo. The 22-year-old born Rotterdammer signs a three-year contract with Heracles Almelo, which includes an option for another season,” a statement on the website of Heracles has announced.

At the new club, the young Ghanaian will be hoping to secure the break he has been looking for to take his career to the next level.