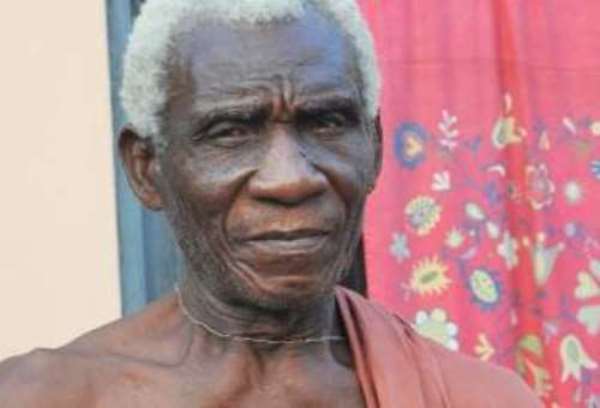 The Ghana Army Forces has set up a Business in Ho for ex-Army officer and Olympian, Prince Amartey to help cater for his needs.

Amartey, aged 77, who won Bronze Medal at the 1972 Summer Olympics in Munich in the Boxing middleweight division, is currently struggling to make ends meet.

When the plight of the former Olympic Bronze medalist reached the high command of the Ghana Armed Forces, they decided to set up a business of which the profit will be used to cater for him, instead of donating money and others, which will eventually run out.

The Ghana Armed Forces is also ready to stock up the shop anytime they run out of goods.

The Provision Shop Business put up at Ho-Barracks will be officially commissioned with a short ceremony by the Military on Thursday, August 5, 2021 at 12 noon and handed over to Amartey’s family by the Chief of the Defence Staff of the Ghana Armed Forces Vice Admiral Seth Amoama.

This is a collaboration between the Ghana Armed Forces, the National Sports Authority, Volta Directorate and the Volta Boxing Federation.

It will be recalled, that Club 50, in February 2018 collaborated with the Sports Writers Association of Ghana, SWAG-Volta to honor past heroes, boxer Prince Amartey and footballer Obed Mensah Aguadze.

Amartey, who also competed in the Light middleweight division at the 1968 summer Olympics, participated in the World Armed Forces Games in Rotterdam in 1971. Prince Amartey, who is currently suffering from mental health is also a gold medalist at the 1965 African Games.

It is said that "a nation that does not honor its heroes, is not worth dying for" and in that regard, the Ghana Armed Forces is ensuring, their hero lives a comfortable life after making Ghana proud while he was still a soldier.