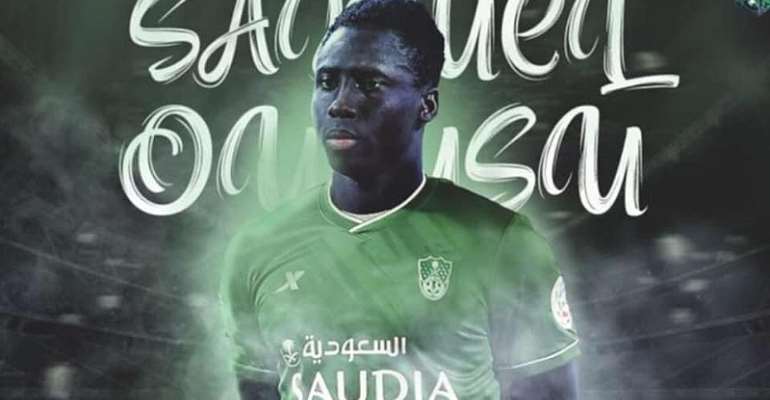 Ghana international, Samuel Owusu has sealed a move to Saudi Arabian top-flight side Al Ahli for the 2020/2021 football season.

The pacey and skilled forward is currently contracted to Al Fahya as his parent club. In the 2019/2020 football season, he enjoyed a successful season personally but even his impressive statistics could not save the team from suffering relegation.

Due to his outstanding performances in the past season, Samuel Owusu has been signed by Saudi Pro League giants Al Ahli.

The club has started off the 2020/2021 football season on a very good note and wants to keep it up.

With 6 points from the first 2 games, the team wants to go on and challenge for the Pro League title.

They have hence signed the exciting Samuel Owusu to bolster the squad of the team.

Last season, the 24-year old featured in as many as 27 matches for Al-Fayha where he managed to score 7 goals and also provided 2 assists.