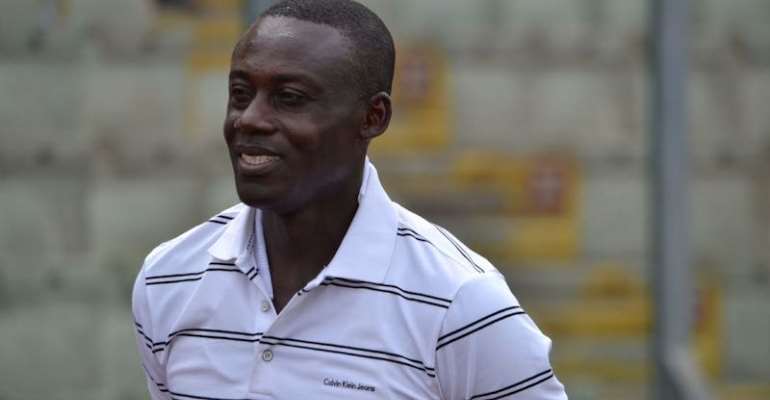 Head coach for Star Madrid FC, Michael Osei has revealed that he had to go almost 2 years without any pay when the owner of the club, Nana Appiah Mensah [NAM1] went through his ordeal.

The ex-footballer was appointed as the new head coach for the National Division One League club in 2018 after ending his stay with Dansoman-based Liberty Professionals.

Shortly after joining the club based in Kasoa, the owner Nana Appiah Mensah saw his Menzgold business crashing down before he was subsequently detained in Dubai in connection with fraud allegations levelled against him.

Speaking to Accra FM in an interview, Coach Michael Osei has shared that during the period NAM1 was going through the crisis, he was not receiving salary.

According to him, he did not mind because he had bought into the vision of the owner of Zylofon Media.

“I was with the team for almost 2 years without salary but I didn’t mind. When he [Nana Appiah Mensah] came too he sorted me out”, the former Asante Kotoko gaffer noted.

Coach Michael Osei continued, “So Nana Appiah, God will bless him because he is someone who has vision to support the upcoming generation. So that is why I decided to stay at Star Madrid because I had a lot of offers from Premier League clubs but I felt being there is better, I was comfortable".

Although a number of Premier League clubs have tried to recruit the tactician, in the past year, he has decided to continue with the project at Star Madrid FC.