'GFA Executive Council Is The Weakest Ever' - Mickey Charles 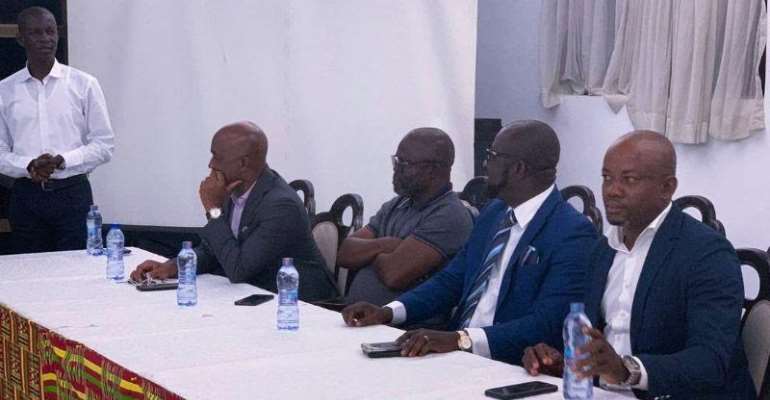 Techiman City FC boss, Charles Kwadwo Ntim has branded the Ghana Football Association (GFA) Executive Council as the weakest ever in the history of the country football.

“This is the weakest Executive Council I have seen in the history of Ghana Football," he told Asempa FM.

"Where are the other members? What is the role of the vice President Mark Addo?

Mr Ntim also stressed that the FA President in his letter to the clubs personalised the issues rather than working in the collective good of the FA.

“Everything the FA President said is ‘I and not we’. The FA president doesn’t seem to work with his Executives Council members," he added.

However, reacting to the statement made by the outspoken football administrator, Public Relations Officer of the FA, Henry Asante Twum admitted that Mr Ntim raised good points and will be taken into consideration.

"He (Mickey Charles) is a stakeholder in Ghana football so we have to take whatever he will say into consideration," he said.

"I know he had his plan for the season but we find ourselves in a condition where we cannot do anything about it.

"I want to assure him that we are in this together and at the right time, a final decision will be taken," he added.

In a letter addressed to club CEO's on Thursday, June 11, President Kurt Okraku assured that a final decision will be taken by June 30.