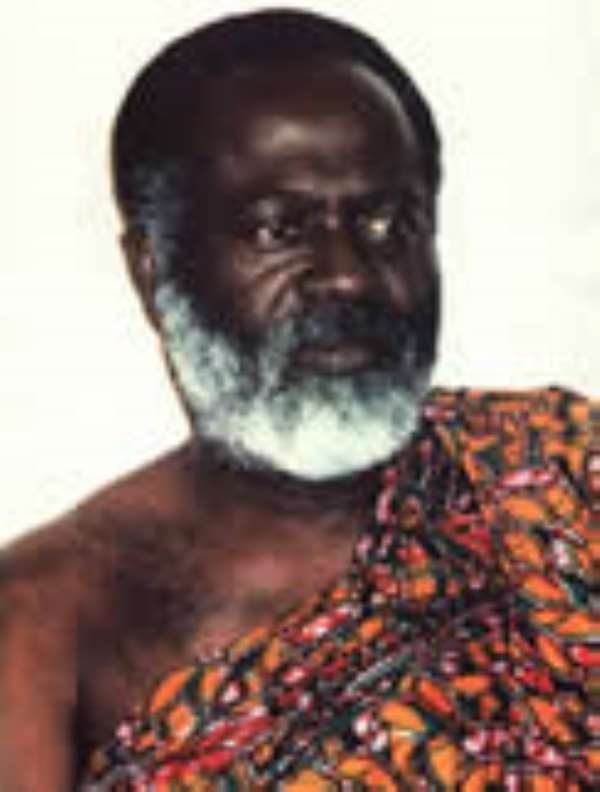 Koo Nimo is a living legend from Ghana, playing multiple forms of traditional musics as well as new music, informed by western influences.

Koo (also known as Daniel Amponsah, from his days in London) grew up as part of the royal family of Ghana, where he learned to play the traditional red and black kete drums of the royal ensembles. By the time he was nineteen, he was teaching drumming, guitar, and brass band music in his native village of Foase.

While in London thereafter on a chemistry scholarship, he took formal instruction in guitar. After returning to Ghana, he took a position as chief laboratory technician in the Chemistry Department of the University of Science and Technology in Kumasi He remained an active musician during this time, and the head of the Musicians Union.

In 1957 he formed the Ghanaian roots ensemble Adadam Agofomma, which received considerable acclaim. Along with the kete drumming he learned in his youth, he became a virtuoso in the palmwine guitar style, a complicated pattern of two-finger picking. It is this palmwine style that he is most famous for.

His playing is influenced heavily by brass band highlife (American giants such as Charlie Christian, as well as Spanish guitar styles.

He is one of the most respected artists in current African music, though he ignores the afrobeat style.