‘I didn’t even want to get married', ‘Bimbo Manuel speaks on #WithChude 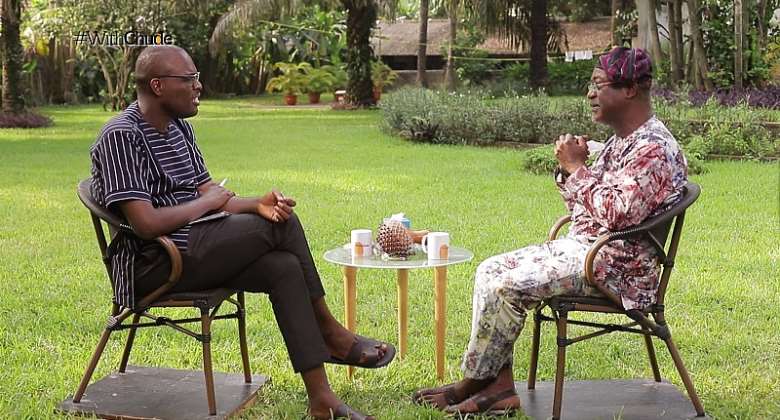 Nigerian Actor, Bimbo Manuel, sits with Chude Jideonwo, the host of #WithChude, to discuss battling health issues and his choice not to get married early.

On getting married at 40, he shared, “I was not even going to marry because I’d seen quite a number of marriages, and what I came up with was that there’s a bit too much about the quality of the person that you’re going into the marriage with. It’s like throwing up a die; you don’t know what number would come up. She may seem right, just perfect for you, but there is a chance because we all change. Then, I must also confess that I’d been so independent for so long when almost all my friends were married. I didn’t quite understand what marriage was about beyond having children and being able to tell people that I was married and show off my wedding band. I didn’t want to just belong; I didn’t want to just get married because everybody else was married, or I wouldn’t want to have children out of wedlock. They didn’t bother me, so it wasn’t anything high on my priority list at that time. There was a bit too much in life to chase.”

However, Bimbo Manuel credits his decision to get married to his wife, whom he said gives him a sense of purpose. “We all need anchors otherwise, we will just float endlessly; we may think life has purpose; it may not quite be complete. It was not the pressure of getting married that made me marry, it was her that made me decide to get married. We dated for a couple of years before we got married and, in that period, I was a bit more stable. She was an anchor for that period, and we achieved a lot of things that I may have probably not been to achieve on my own.” he said.

On dealing with back pain and managing work, he said, “You know very easily you can forget the good times when hardship comes, and those things tend to stick more than the good times. I ask the question of why, many times to the irritation of the people around me. I just want to know because if I know, the understanding, the knowledge alone can be soothing. It can help me in correcting something, so that something can be better. I’ve been told three times to go and get a wheelchair, and that was by experts, people who should know.”

Bimbo also mentioned that the back pain was caused by an accident, “It was an auto accident, and it travelled through my entire spine. I didn’t know, I walked away from it. I didn’t feel any pain. A little down the line, however, I now started to feel pain. I was in my early thirties, and a doctor put me on treatment for rheumatism and arthritis until I couldn’t walk anymore. I lost all sensation on my right side, and I was frustrated. I just couldn’t go anywhere; the slightest movement would make me scream. So, they took me to Ife teaching hospital, the university teaching hospital, put me in traction, and in a couple of months, I was out on my feet”.

#WithChude is a network of media products across TV, film and podcasts telling stories that enable and strengthen the mind, the heart, and the spirit. The weekly interviews are widely syndicated across terrestrial television and social media platforms reaching an average of 8 million people weekly - positioning it as the most watched and most syndicated weekly talk show (digital + traditional) in the region. It has become a safe space for guests to talk about things publicly for the first time. Actor Joke Silva revealed that her husband Olu Jacobs was dealing with dementia with Lewy body for the first time on the show, and producer Kemi Afolabi opened up about her experience dealing with Lupus on #WithChude. That month, Lupus and Kemi Afolabi were among the top Google Nigeria searches. The interviews have been featured everywhere, from the BBC to the New York Times. The documentary and travelogue series #ChudeExplains has tackled issues from criminal justice reform to Gen Z coming of age. The show launches the #WithChude Global series in 2023.