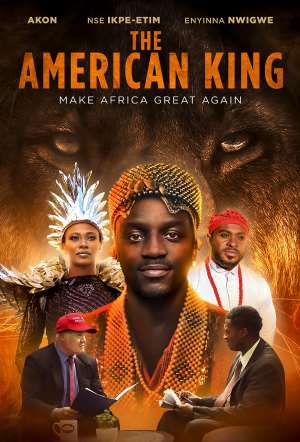 Nollywood actors Nse Ikpe-Etim and Enyinna Nwigwe are among the top actors in the Hollywood and Nollywood comedy film “The American King” with the popular singer Akon.

Written and directed by Adah Obekpa and co-produced by Joan McCarthy, the film follows the story of Sebastian, an ex-con dealing with some dangerous yet sensitive Russian gangsters to whom he owes money, who receives an unbelievable offer to escape it all from a mysterious High Priestess who seeks to fulfil a 400-year-old prophecy: choose an American to become King of an ancient African kingdom and restore it to the global superpower it once was.

Lise Romanoff, CEO and Managing Director of Vision Films, says, “The American King is a cross between Coming to America and Black Panther, and while this movie is delivered with comedy, it depicts a very powerful commentary about the divisiveness and double standards in today’s society. We know audiences will have a good laugh and enjoy the very talented cast.”