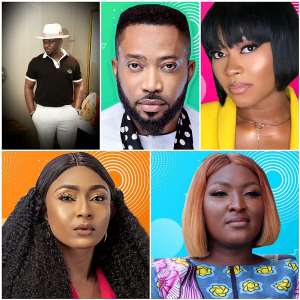 Speaking on the new initiative, Akeju noted that the goal of the platform is to give fans worldwide the opportunity to connect with their favourite actors.

"Nollywood is gaining recognition around the world. It's the second biggest movie industry after Hollywood. We thought of a platform where fans can have access to their favourite actors and get to know them better," he said.

"Inside Nollywood is first of its kind and we are planning on connecting other African actors and maybe feature Hollywood stars at some point. Currently, we have some A-list actors like Frederick Leonard, Halima Abubakar, Esther Audu, Belinda Effah amongst others".

Akeju who doubles as the founder Aflik Tv, a movie production and distribution agency added that some actors outside Nollywood are already showing interest which will help the platform gain more audience globally.

"We are happy to welcome new actors. Already, we have stars outside Africa who wants to partner with the brand and we are open to such opportunity".

The documentary for some of the actors have been featured on Amazon prime video, New York Times Square Bilboard, Connecticut Bilboards and other international streaming platforms.

COVID-19: Our responsibility to one another is to get vaccin...
52 minutes ago