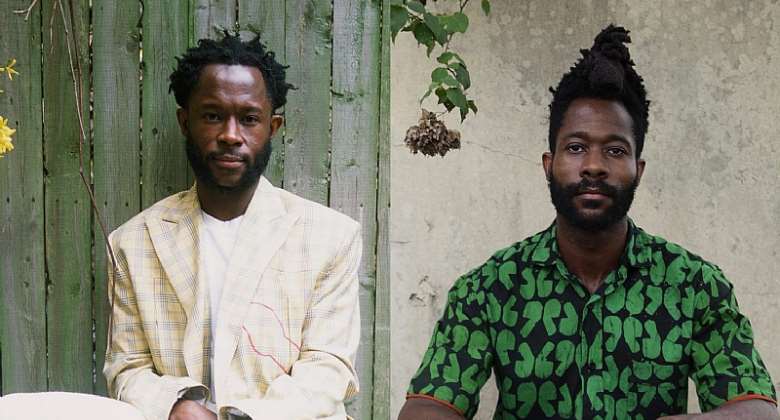 Financed entirely in Nigeria and made with a predominantly Nigerian cast and crew, Arie and Chuko Esiri are capturing international attention with their feature in new movie "Eyimofe".

"Eyimofe” (“This Is My Desire”), the debut feature from co-directors (and twin brothers) Arie and Chuko Esiri, is a heartrending and hopeful portrait of everyday human endurance in Nigeria, West Africa. The film traces the journeys of two distantly connected strangers at the bottom of the socioeconomic ladder.

Shot on richly textured 16mm, the film is a vivid snapshot of life in contemporary, colorful, chaotic Lagos, the largest city in the country, whose social fabric is captured in all its vibrancy and complexity. It’s also a tale that was inspired by the filmmakers’ own journey.

“In a romantic way, we wanted to insert the film in the catalog and annals of the great city films that had been shot on celluloid,” said Chuko in a recent interview with News men. “We’ve seen Rome on film, we’ve seen Paris and London, but everything that we’d seen of Nigeria on film is archival footage, it’s ethnographic footage, it’s documentary. It’s not cinema, and cinema is a completely different beast.”

Documentary filmmakers might beg to differ, but the brothers are steadfast in their thinking. Still, the immortalization of the city on celluloid is a noble feat, especially when shooting in a country without any stable cinema infrastructure, a notoriously unreliable electrical grid and nightmarish traffic.

“Shooting on the streets of Lagos is notoriously difficult, because it’s a dense city and has what are called ‘area boys,’ or street guys,” Chuko said. “The idea of shutting down a street for a film production — I mean, if the president of the country can’t do that when he visits, then we weren’t going to be able to do it for our movie.”

Born 30 minutes apart in Warri, Nigeria, they grew up in Lagos, but at the age of eight, their parents shipped them off to boarding school in England to complete their formal education. At the time, there were no cinemas in Nigeria, so movies weren’t a part of their childhood. “At the time, the country was experiencing successive military regimes, and each regime had bright ideas about what was good for the culture, and these ideas were almost never good,” Chuko said. “So we didn’t grow up going to movies.”

Twenty years later, they both enrolled in film schools: Arie graduated from Columbia University and Chuko from New York University. During their time in New York City, they collaborated on a pair of short films: “Goose,” presented at the LA Film Festival in 2017, and “Besida,” which premiered at the Berlinale in 2018.

They returned to Nigeria as adults and found a Lagos that has somehow felt foreign. “Eyimofe” was born out of that experience — the idea of leaving and returning much later to whatever “home” is.

“It came from my returning to Nigeria for my stint in the National Youth Service,” he said. “From the age of eight to 22, I had only spent time in Nigeria on holiday, so now I was spending substantial time in a place to which I belonged but where I was also something of an alien — until then I hadn’t really faced all that it meant to be in Nigeria. I wanted to return to where it felt more familiar and where I would feel more comfortable in a national film industry. Even though Nigeria has a robust industry, Nollywood is a massive machine but I didn’t want to make the kind of films people make in it.”

While the Esiri brothers spent much of their lives overseas, “Eyimofe” was financed entirely in Nigeria and made with a predominantly Nigerian cast and crew. The film is now drawing a new level of international attention to Nigerian cinema and screening at several festivals, including Berlin and New Directors/New Films. However, as Nigerian movies get more notice outside the country, it’s also raising the issue of exactly what a “Nigerian film” is supposed to be.

Akeju, a US-based director at Aflik TV while making comment on the new movie, added: " The movie details much of African migrants experiences in the Diaspora. The production is very different and professional. Kudos to the directors and all the team behind it''

The Janus Films will release “Eyimofe” across various theaters on Friday, July 23, 2021 and will be hoping it inspires as much audiences as possible.