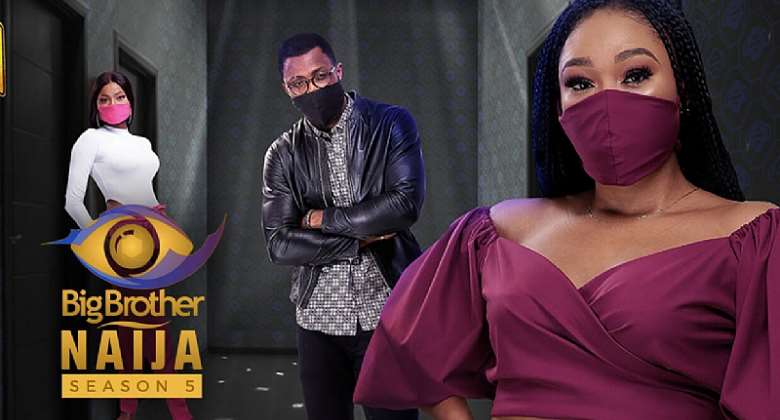 Big Brother Naija Lockdown has emerged as one of the most-watched television shows on Showmax in 2020.

The show broke the Showmax live-stream record, becoming the most-watched live entertainment content on the streaming service. Asides BBNaija, several other TV shows, and movies made the top 10 list of most-watched content on Showmax in 2020.

In alphabetic order, here are 10 Nigerian titles that emerged as most popular with Nigerians on Showmax in 2020.

1. A Thousand Ways To Break A Cheating Man

A woman who has been hurt by love in the past takes her revenge on a player to teach him a lesson but the unexpected happens.

Unarguably Nigeria’s biggest reality show, Big Brother Naija has amassed millions of followers in Nigeria and beyond through the years. In 2020, the Lockdown season broke the Showmax live-streaming record, becoming the most-watched live entertainment content ever on the streaming service. Asides the live stream, fans tuned in to watch other BBNaija Showmax exclusive highlights like Extra View, Daily Highlights and more.

Come February, BBNaija Lockdown winner Laycon is set to star in the first-ever Showmax Nigeria original, I Am LAYCON.

A lady who gets dumped after catching her boyfriend cheating goes on the ultimate revenge spree.

Set in Benin City, Enakhe tells the story of a rebellious daughter who, after the sudden death of her father, is forced by circumstances to grow and become the leader of her extended family and the family’s criminal empire.

New episodes of Enakhe are available to watch on Showmax every weekday.

Would this roundup be complete if there was no mention of the hit show Halita?

The show tells the story of 19-year-old Halita, a village girl forced to move to the city and work as a maid in the powerful Zamani household. Her time with the Zamanis is highly eventful as she navigates her way between her fellow domestic staff and the Zamani family to earn her place in the residence.

The show finale aired in September 2020, with fans taking to social media to say their goodbyes. All episodes of Halita are currently available for binging on Showmax.

Oladayo is a tech entrepreneur based in Lagos, who finds himself at the mercy of his sabotaging bosses while in pursuit of his dreams.

Big Brother Naija Pepper Dem winner, Mercy Eke, and her beau, Ike Onyema, kept us entertained with their antics in the house so it’s only fitting that the feisty couple now have their very own reality show.

Mercy & Ike follows the lives of the reality TV couple as they deal with the pressures of life outside the BBNaija house. The show remains a hot favourite for fans and even birthed the now popular phrase “relass and be taken kiaruf”.

One of Nigeria’s longest-running comedy shows, My Flatmates follows a group of friends who share an apartment as they navigate their way through their chaotic lives.

Produced by comedian Bright Okpocha aka Basketmouth and Kayode Peters, My Flatmates continued to remain very popular amongst Nigerians in 2020.

Riona tells the story of a village under siege and a king who does everything he can to stop a dark prophecy from coming to pass.

One of Nigeria’s most loved family comedies, The Johnsons remained a hit with fans in 2020.

'Give us our gun' — Medikal's lawyer prays court
44 minutes ago