I'm So Sexy, And I know It- Benson Okonkwo 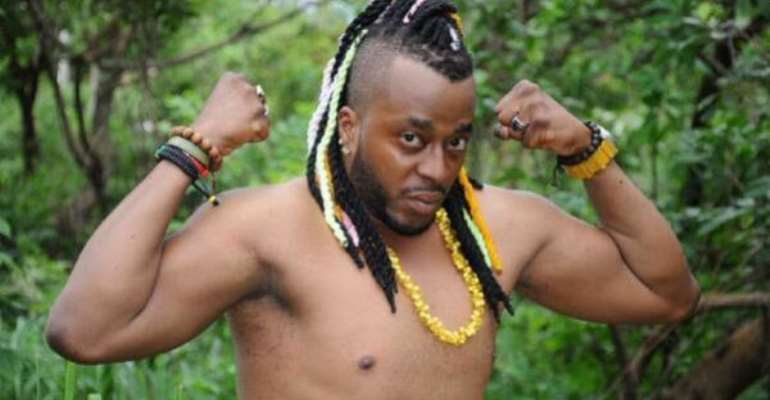 He is quite controversial but down-to-earth, Nollywood actor, Benson Okonkwo is a talented act one can hardly overlook in the movie world.

In 2013, he bagged an award as Vanguard's Sexiest in Nollywood. Then recently, the One Dollar star who is fondly called Mr Packaging by fans, took the Karis media sexiest actor Award after beating fellow actors; Ken Erics, Muna Obiekwe and Walter Anga.

Expressing his joy and fulfillment after clinching the crown, Benson boasted that he is sexy and he knows it, therefore more awards will come his way.

“Well, it's not a new thing. I have always been sexy and I know it. I started modelling before acting. I started modelling at the age of 16. I have always been admired by the public and that's what makes me stand out. The confidence I have today is from my being sexy and I have a lovely and beautiful mum that I look like, so I got the beauty from her.

Even when I was in school, I have always won awards for being the sexiest. So this is something I am used to. I have also won a prize as Vanguard's sexiest actor. And now Karis Media sexiest actor and more awards will come. Because to me, if I am to say it and I will say it again; I am Nigeria's sexiest man”. The sexiest actor contest organised by Karis Media was a concept of Vanguard newspaper and it started in 2008 with Jim Iyke and Genevieve Nnaji winning in the male and female categories respectively.

I Can't Expose My Selling Point For Any Reason –Nollywood Actress, Mimi Orjiekwe