Annie Has Been An Outstanding Wife--2Baba 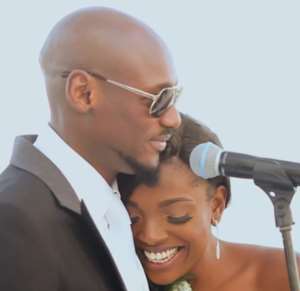 Nigerian singer, 2Baba has given credit to his wife, Annie, for being a caring and understanding wife to him.

The respected singer, who recently released his 'Ascension' album, revealed that things he says and does in his songs does are just artistic expressions and not real things.

He explained that the reason why he uses some words in his songs is just to create some needed excitements.

Speaking about the various rumours that have trailed his career, the singer disclosed that he tries not to hide anything about himself from his fans and declared no more care about what people write about him.

I Had Crush On Ramsey Nouah--Susan Peters Confesses

Nigerians Selling Their Kidney For $30,000 Abroad