In This Tribe, Boys Drink Their Elders' Semen Through Oral Sex To Become Men 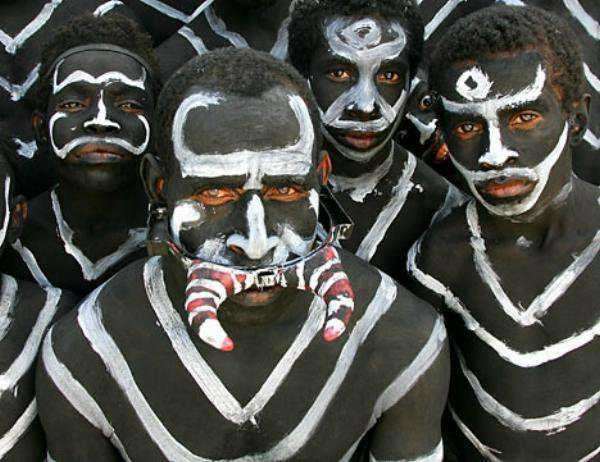 According to courses.lumenlearning.com, the Sambia are a tribe of mountain-dwelling, hunting and horticultural people who inhabit the fringes of the Eastern Highlands Province of Papua New Guinea, and are extensively described by the American anthropologist Gilbert Herdt.

The Sambia — a pseudonym created by Herdt himself — are well known by cultural anthropologists for their acts of “ritualised homosexuality” and semen ingestion practices with pubescent boys.

In his studies of the Sambia, Herdt describes the people in light of their sexual culture and how their practices shape the masculinities of adolescent Sambia boys.

According to Monahan and Just, for the Sambia of highland New Guinea, homosexuality and heterosexuality were not opposed but were understood to be stages in a single sequence of normal male development.

As the Sambia saw it, boys lacked a crucial substance necessary to develop muscle, stature, bravery, and the other characteristics of a successful warrior.

This substance, jurungdu, was concentrated in semen, which the boys would ingest in the course of homosexual acts during several stages of initiation.

As a boy progressed in his initiation, he would change from being a receiver of semen to a donor of semen, as younger initiates would perform oral sex on him.

At the end of the initiation process, the adult man would marry and eventually maintain exclusively heterosexual relations.