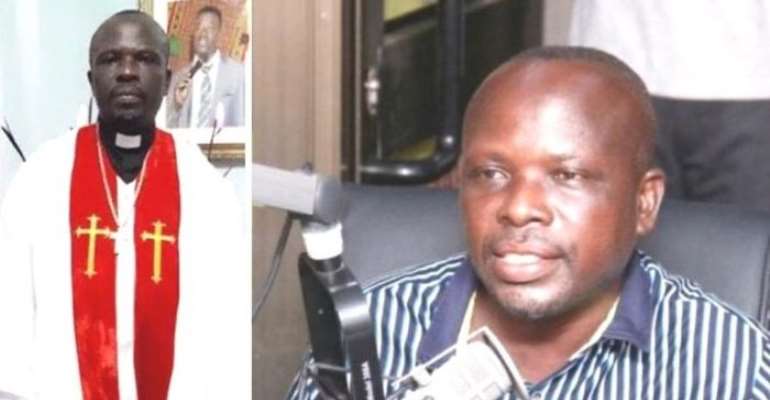 Evangelist Emmanuel Kwaku Apraku, who is also known as ‘Apraku My Daughter’ has denied speculations in the media that he is dead.

Ghanaians woke to read the news on Social media that popular man of God Evangelist Emmanuel Kwaku Apraku is dead.

However, Evangelist Emmanuel Kwaku Apraku has come out to deny the speculations that he is dead. He disclosed that he is currently at Kasoa in the Central Region with his family.

Evangelist Apraku was the Founder and Leader of the King Jesus Evangelistic Ministry International in Kumasi in the early 90s but along the line, his Ministry collapsed.

Evangelist Apraku speaking in an interview with First1News revealed what led to the collapsed of his church.

He noted that he traveled outside the country by the time he returned all his junior Pastors have gone their separate ways leading to the collapsed of the 25 branches of his church.